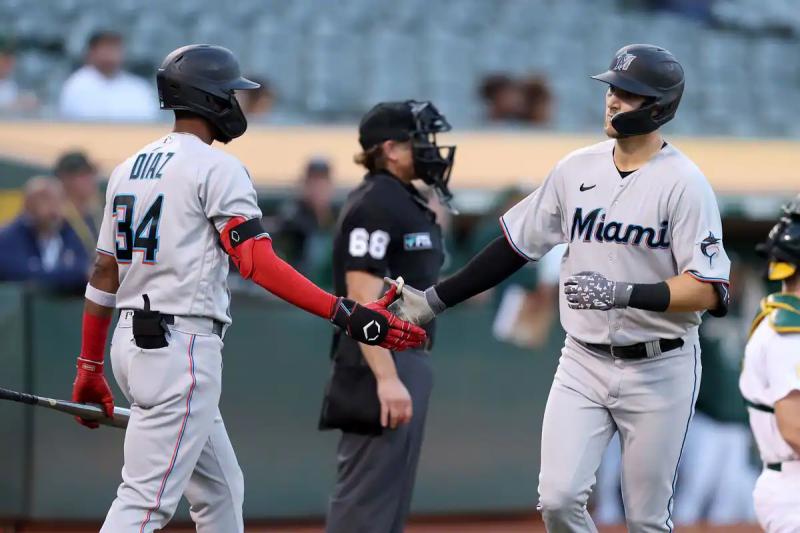 The Miami Marlins came within a hair's breadth of a comeback at the expense of the Oakland Athletics, but ultimately went down 3-2 in the extra inning Wednesday at Oakland Coliseum.

The Florida team thus failed in its mission to sweep a series for the first time since July 4.

David MacKinnon ended hostilities in the 10th inning in reaching home plate on a Skye Bolt sacrifice fly. The loss added to the record of Richard Bleier (2-2), who was only able to make one out before awarding the winning run.

Before awarding a productive single to Miguel Rojas and a home run to Nick Fortes late in the game, the A's were in a position to win thanks to the prowess of starting pitcher Cole Irvin. He struck out 11 batters and allowed only three hits in seven innings of work.

Quebecer Charles Leblanc was the author of one of those three strikes in safe place for Marlins. He singled in the top of the third inning, but his teammates were unable to catch him on the trails.

The hosts had taken the lead in the sixth inning thanks to a two-run single from Chad Pinder . A.J. Puk (3-1) was nearly perfect in the 10th inning to score the win.