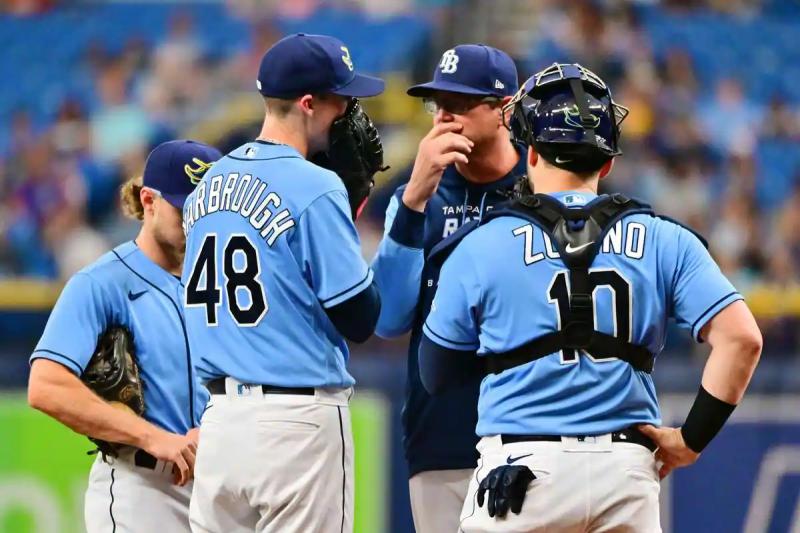 Tampa Bay Rays pitching coach Kyle Snyder has drawn ridicule from former co-workers and friends after being injured on a simple walk to the mound, Saturday.

This is what the instructor revealed on Sunday during a press briefing. Snyder, 44, injured a calf when he went to the mound to chat with Shane McClanahan in the seventh inning, in an eventual 9-1 loss to the Tigers in Detroit.

Snyder, however, played major league baseball until 2011, playing 93 games with the Kansas City Royals and Boston Red Sox. It was manager Kevin Cash who then took charge of the visits to the mound.

This story may seem comical, but it comes at a very bad time for a team that seems cursed by the times which run. Indeed, as of Sunday, 15 players of the formation were injured. The Rays were still 57-50 this season, third in the American League East Division, heading into Sunday's major league games.