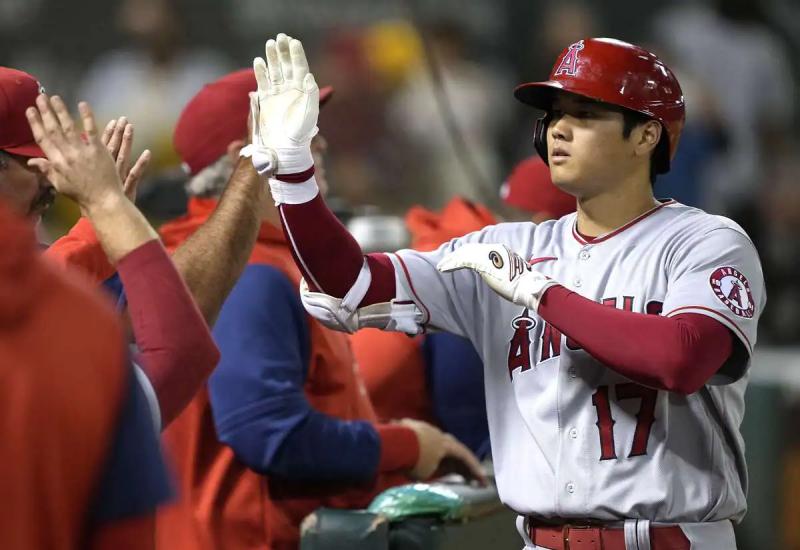 The outfielder and pitcher once again excelled in every way possible in a 5-1 win over the Oakland Athletics. Indeed, the 28-year-old athlete shut out opposing batters for six innings, while at bat, he tallied two hits in three appearances at the plate, including a solo homer.

But above all, he made sure to achieve three feats of arms in the space of a single match. Thus, he tied Babe Ruth in getting his 10th victory of the campaign at the mound, while claiming at least 10 homers. The “Bambino” had pulled it off in 1918 with the Boston Red Sox when he had 13 wins and hit 11 long balls.

Then, hitting his four-base hit in the seventh inning on Tuesday, Ohtani took sole second place in major league history for homers totaled by a Japanese-born player. With 118 such slaps, he has just overtaken Ichiro Suzuki and will be chasing the leader, Hideki Matsui (175).

And, to top it all off, the Angels standard-bearer fanned five rivals in Oakland to bring his strikeout total this year to a career-high 157. Also, nothing surprises his interim manager, Phil Nevin.

“It seems like every time we are on the field, he does something special,” he told the MLB.com website.

“It's exceptional, it shows his athletic qualities and his talent,” added Athletics head coach Mark Kotsay. At this point, you can tell it's in a class of its own, because it is. He's the only player to do all of that and he's working really well.”

One Day at a Time

Still, Ohtani and his teammates are primarily focused on their day-to-day tasks and not just on the exploits of number 17. Certainly, the Angels (48-63) can forget the playoffs and the sources of motivation could be more d both individual and collective order, especially in the case of the Japanese. The latter, however, has simpler objectives.

“I just want to be able to play as many matches as possible. I take one confrontation at a time and I just try to stay healthy, ”he said through an interpreter.

On the other hand, with his young age, the main concerned may very well add other feats of arms to his credit in the coming months, if injuries and other unforeseen obstacles do not slow his way.

“Watching the whole thing every night, you tries not to take anything for granted, but it's downright impressive of him, Nevin said. He is an excellent teammate and we don't take that lightly. On the other hand, it's very nice to be part of it all.”