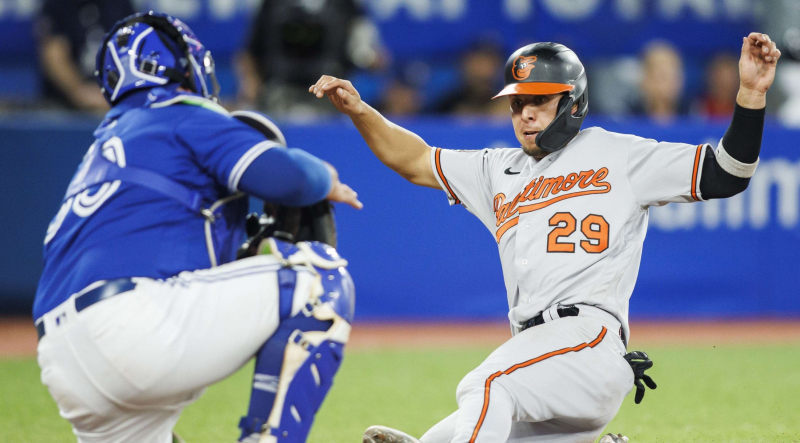 Slowly but surely, the Blue Jays are losing control in the race for the major league playoffs, they who lost a third straight game, this time by a score of 4 to 2 against the Orioles of Baltimore, Tuesday in Toronto.

The offense again had difficulty finding its rhythm, having scored all of its two points on the first assault, at following Vladimir Guerrero Jr.'s 25th long pitch of the season.

It was one of the only missteps by visitors' starting pitcher Dean Kremer (5-4), who finally struck out six batters in seven innings of work, allowing seven strikes to safety and one walk.

His opposite, Alek Manoah (12-6), lived a scenario on the contrary, with a good start to the match, before seeing his efforts ruined by long balls. Cedric Mullins and Adley Rutschman each kicked out offerings from the Jays' gunner out of bounds in the fifth inning. Ramon Urias and Ryan McKenna, for their part, drove in the other winners' runs, each using a single in the sixth round at bat for the Orioles.

Manoah finally left the mound after five innings and two-thirds, allowing four runs on as many hits and walks.

In the standings, the only Canadian team in major league baseball is now in danger of being expelled from the three draft teams. By virtue of a record of 61-54, it only holds a half-game lead over the Orioles.

The Jays will therefore have to win in the last game of the series, Wednesday, if they don't want to be overtaken by their rivals in the East section of the American.