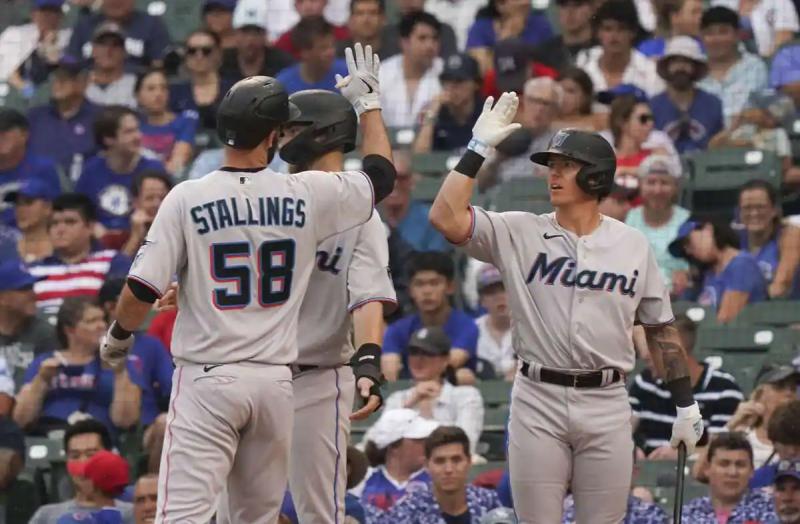 Quebecer Charles Leblanc got his daily hit in a 5-2 loss by the Miami Marlins against the Atlanta Braves on Saturday afternoon at Marlins Park.

Having earned the day off the day before, the 26-year-old was back in the lineup and he made his presence felt by reaching first base again, which he did on each of his First 12 major league games.

In the fifth inning, Leblanc hit a single to right field. At bat for the Marlins, Peyton Burdick saw catcher Chadwick Tromp try to pin the Lavallois, who was on his way to stealing second base. The throw went off target, however, which even allowed the runner to reach third.

Leblanc was left on the trails, however, when Luke Williams and Burdick were called out in a double play and that Jon Berti's weak ground roll wasn't enough to push him to the plate.

The Marlins picked up their two runs on a Jesus Aguilar homer on the fourth downing. Matt Olson had his 23rd long ball for the Braves. Tromp also stood out in the win with three hits and as many RBIs.

This game was the first of a doubleheader that was to continue into the evening.