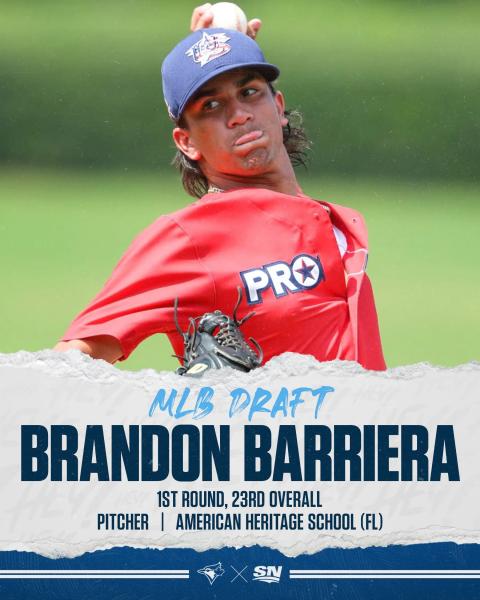 The Toronto Blue Jays made pitcher Brandon Barriera their first pick in the Major League Entry Draft on Sunday.

An 18-year-old left-handed gunner, Barriera was selected 23rd overall by Canada's only Major League Baseball team. He was playing this year at American Heritage School in Florida.

Barriera is ranked 15th in the ranking of the top 250 draft prospects, according to the Manfred Tour website.

< p> “I'm happy they picked me up,” he told Sportsnet. Looking at their organization, you see that they play their young players and they are not afraid to use them. I would love to be on that team.”

Elsewhere, the Baltimore Orioles picked shortstop Jackson Holliday with the first overall pick in the draft. Outfielder Druw Jones was selected second, by the Arizona Diamondbacks.