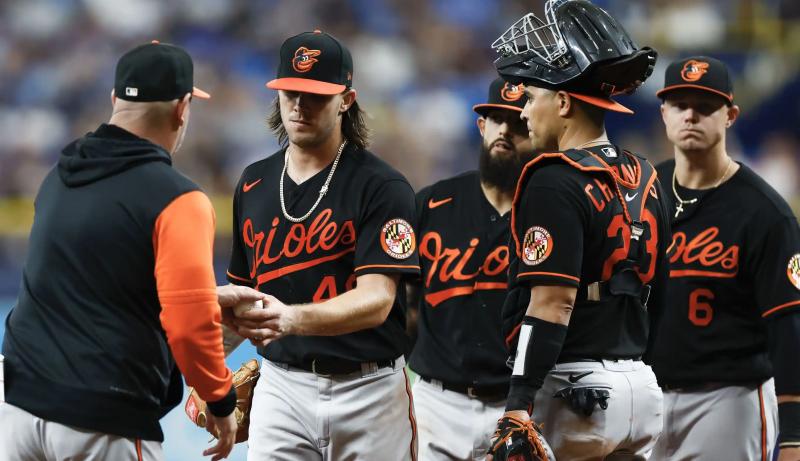 TORONTO – The Baltimore Orioles, current opponents of the Blue Jays, will partly decide the fate of the Toronto formation in 2022 when the two teams still have 12 games to play against each other by the end of the schedule.

“We still have a lot of games ahead of us, the season is far from over,” Orioles manager Brandon Hyde agreed earlier this week .

To conclude this dozen meetings between the two teams, the Blue Jays will also visit the Orioles, from October 3 to 5, to close the season. This final series of three games, in Baltimore, could even determine the presence or not of Toronto in the playoff portrait.

Among Jays players, Vladimir Guerrero Jr. has suffered no complex against the Orioles in the first two series between the two clubs this season, having obtained 11 hits, including two homers, in 27 official appearances. That translates to an excellent .407 batting average against this team.

Driving the three teams drafted in the American League standings, the Jays, Seattle Mariners and Tampa Bay Rays, the Orioles are having a surprising season, with a record of 59-55 (before Monday night's meeting). Having won 10 consecutive games in July, they rank fourth in the famous East Division, ahead of the Boston Red Sox.

Including scheduled games against the Orioles, 34 of the Jays' last 48 games are scheduled against section rivals. Nine games will be played against the Rays, including a defining series of five games in four days, from September 12-15. This includes two April games to be resumed following the labor dispute that delayed the start of the campaign.

The tough New York Yankees will also be common opponents for the Blues Jays. Upon the conclusion of this series against the Orioles, Toronto will visit Yankee Stadium for four games, starting Thursday. The Blue Jays and Yankees then meet three times at Rogers Center at the end of September.

For their last 48 games on the schedule, the Jays will play 22 at home, against 26 overseas. As Hyde would say, the season is far from over.

Games to be played and Blue Jays opponents by the end of the season: