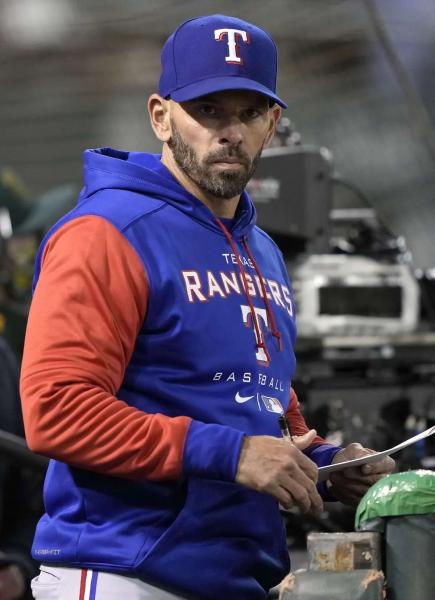 The Texas Rangers' failures caught up with team manager Chris Woodward, who was fired on Monday.

The Texas team is going through another difficult season, showing a 51-63 record before their duel against the Oakland Athletics, scheduled for the evening, which earns them third place in the West Division of the American. Before the duels of the day, she was nine and a half games behind the Tampa Bay Rays, who have the last place of the teams drafted, for the playoffs.

Arrived in these functions in 2019, the The 46-year-old will therefore never have known success, he who has maintained a record of 211-287 since that time, never preserving a record above the bar of .500. He is thus the fourth manager to lose his job this season in major league baseball.

The management of the Rangers had however provided him with all the resources in 2022, she who spent a lot during the last off-season, granting, among other things, contracts of $ 325 and 175 million, respectively to Corey Seager and the former Toronto Blue Jays , Marcus Semien.

“During his time with the Rangers, Chris worked tirelessly, sometimes under difficult circumstances,” president of baseball operations Jon Daniels said in a statement. He was a dedicated and passionate man who tried to improve the on-field performance of the Texas Rangers and that is greatly appreciated.

“We have had long discussions over the past few weeks and even if the current results played their part in this decision, we also had to think about the future. We felt a change was needed as the team continues to build a winning culture and mold the team for playoff success every year.”

Replacement for Woodward , third base coach Tony Beasley will take over on an interim basis. The 55-year-old is in his eighth season as a member of the Rangers coaching staff.

If Rangers finish the 2022 campaign below the .500 mark, they will extend their streak to six. consecutive seasons without a winning record. They had managed to finish with a positive record in 2015 and the following year, reaching the playoffs each time. But each time, the Blue Jays knocked them out in the divisional playoffs.