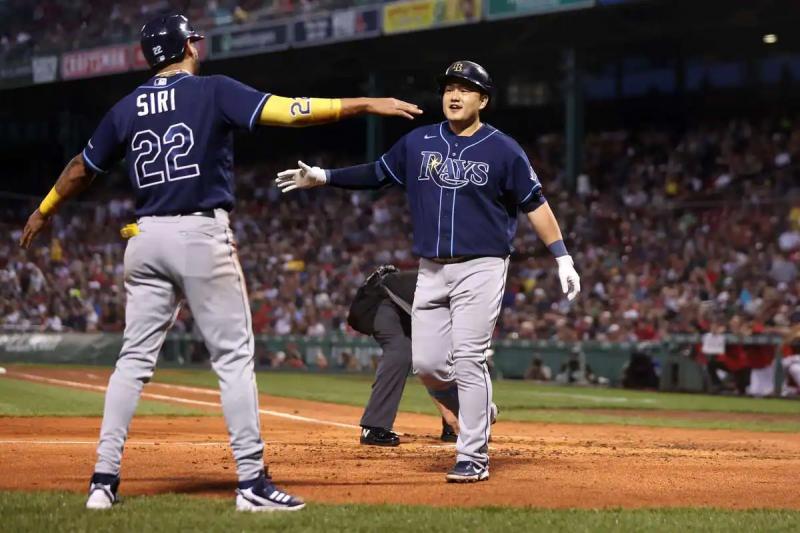 Twice beaten by the Boston Red Sox to open their three-game series, the Tampa Bay Rays didn't let their section rivals get away with it Sunday at Fenway Park, they who instead triumphed 12 to 4.

The visitors took a serious option on victory on their sixth round at bat. They were then 5-3 up when they added three more runs to the board, before sealing the game two rounds at bat later, this time with four more runs on the board.

Everyone put the shoulder to the wheel for the winners, as seven of the nine batters in the starting rotation produced at least one run.

Isaac Paredes was particularly effective, hitting two hits in addition to producing three runs, he who was also allowed three walks. David Peralta and Randy Arozarena also did well, with three hits from the safe and two RBIs each.

On the mound, Rays starter Corey Kluber (9-7) earned the win , who gave up three runs on eight hits in six innings of work. He also made four opponents bite the dust.

For his part, Nick Pivetta (9-10) saw the loss add to his record, he who gave five of the 12 opposing points, on eight hits.

Justin Verlander got the job done for the favorites of the crowd, he who already had six strikeouts after three innings of work. However, he was taken out of the game at this time, as a precaution, because he felt discomfort in his right calf.

It was finally the reliever Ryne Stanek (2-1), who saw the victory add to his record, having contributed one of 13 strikeouts recorded by the six gunners used by the Astros. Rafael Montero, who had two, had his ninth save of the season, although he was also the one who allowed the lone run in the ninth inning.

Offensively, the winners managed only six hits. Yuli Gurriel had one of those, a two-run single. Alex Bregman also got a productive one with a solo circuit.