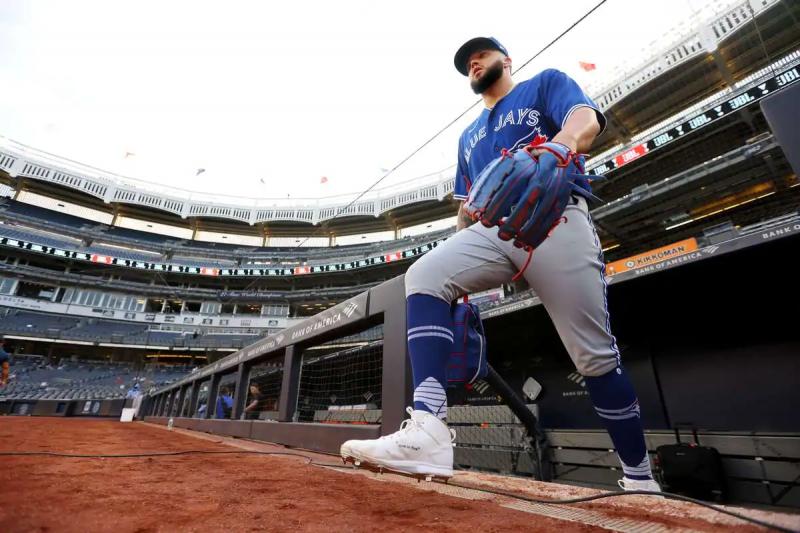 An Andrew Benintendi home run helped the Yankees avoid the sweep over the Toronto Blue Jays in a 4-2 victory Sunday in New York.

With his fourth cannon shot of the campaign in the seventh inning, Benintendi, preceded on the trails by Jose Trevino, thus put an end to a streak of three losses for his team and four victories for the Canadian team.

The Bronx Bombers thereby extended their lead to eight games over the Blue Jays in the American League East Division.

Things flared late in the fifth inning when starter Alek Manoah hit Aaron Judge in the elbow. Visibly irritated by the missed shot, Judge voiced his displeasure, but he had the presence of mind to signal his teammates to stay in the dugout.

Manoah didn't ultimately gave up only two runs, including one earned, four hits and two walks in six innings on the mound. It was Adam Cimber (9-5), who allowed two runs in the seventh inning, to suffer the loss.

Nestor Cortes did well for the Yankees, giving up a run, three strikes instead safe and a free pass in six innings. In relief, Lou Trivino (2-7) made the last seven outs without giving up a point to register the victory.

Whit Merrifield (home run) and Jackie Bradley Jr. (walked) were at the origin of the Jays' two runs, while DJ LeMahieu had two productive singles.

The Jays will now open a three-game series against the Red Sox in Boston on Tuesday.