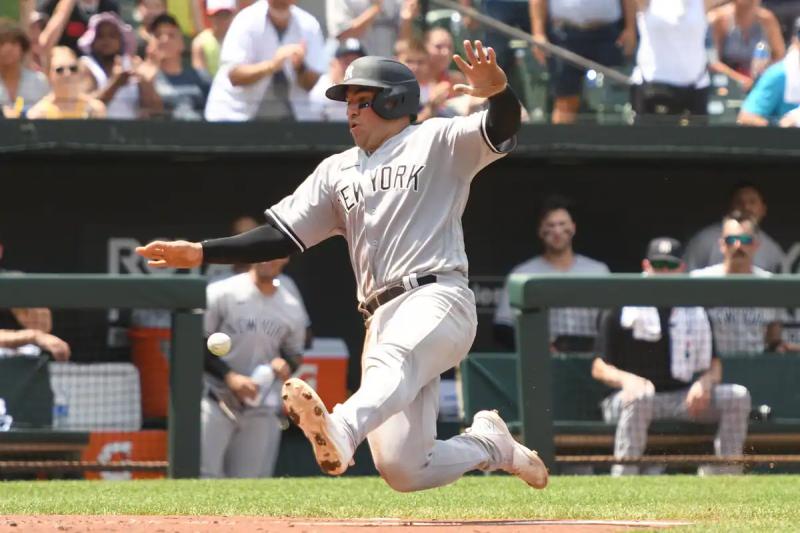 The New York Yankees ended their trip to Baltimore on a high Sunday, shutting out the Orioles 6-0.

With this victory, the “Bombers of the Bronx” owe it mainly to their pitchers. Starter Néstor Cortés (8-3), who spaced six hits in as many innings, also struck out seven batters. In relief, Clarke Schmidt gave almost nothing, signing a third save since the start of the campaign.

Aaron Judge hit his 37th homer of the season in the win, driving in two runs. DJ LeMahieu and Jose Trevino, by a double each, then Isiah Kiner-Falefa and Aaron Hicks, using singles, produced the other points for the visitors.

Dean Kremer (3-2), meanwhile, suffered the loss as he gave up four runs, five hits to the safer spot and walked one in five and a third innings.

As the Yankees solidify their lead , the Orioles, for their part, are last in the East Division of the American, half a game behind the Boston Red Sox.

The Yankees will now be back in New York for a short two-game series against the Mets, beginning Tuesday.

To Kansas City, the Royals handed the Tampa Bay Rays their second straight loss, this time by a score of 4 to 2.

A single by Hunter Dozier in the bottom of the seventh inning broke a tie of 2-2, then MJ Melendez drove in the insurance run with a double during the next at-bat.

The Florida squad did get two runs on the board, but they were limited five hits in this game. Among those was Yandy Diaz's fourth homer of the season.

Kris Bubic (2-6) saw the win go to his record after teammate Taylor Clarke hit a second rescue this season. Brooks Raley (1-1), for his part, gave up the winning run.

The second straight loss means the Rays slipped to third place in the All-American East, behind the Toronto Blue Jays.