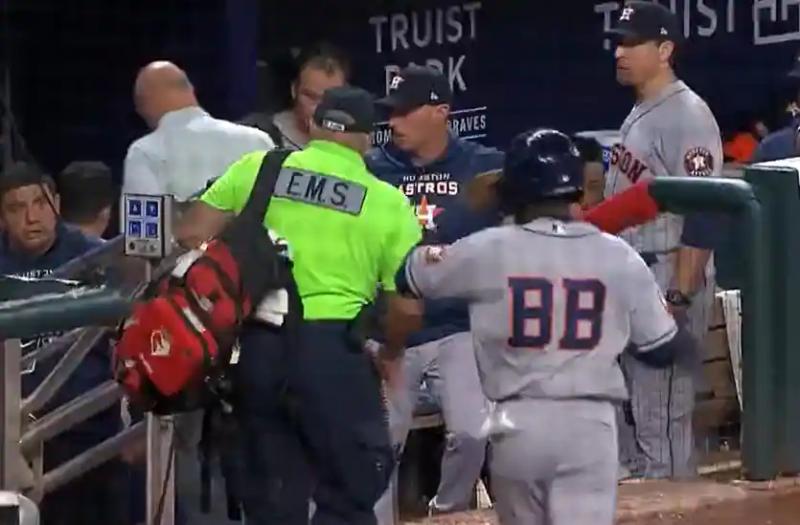 Houston Astros star Yordan Alvarez is feeling fine after having to leave Friday night's game against the Atlanta Braves in the fifth inning due to respiratory issues.

The Cuban returned to the bench on his own after feeling ill. He was assessed at his team's locker room before being sent to the hospital.

According to information from the Major League Baseball website, the 25-year-old is in stable condition.

“He ran out of breath. Afterwards, when the fireworks were launched, it made things worse, explained after the meeting the manager Dusty Baker. I'm glad we were able to get him out of there, since when I looked up he was in the shelter. It was a scary moment because it could have been anything.”

Alvarez is having another strong season in Houston, batting .295 and driving in 77 runs . Whoever took part in a first all-star game in 2022 also has 31 home runs.