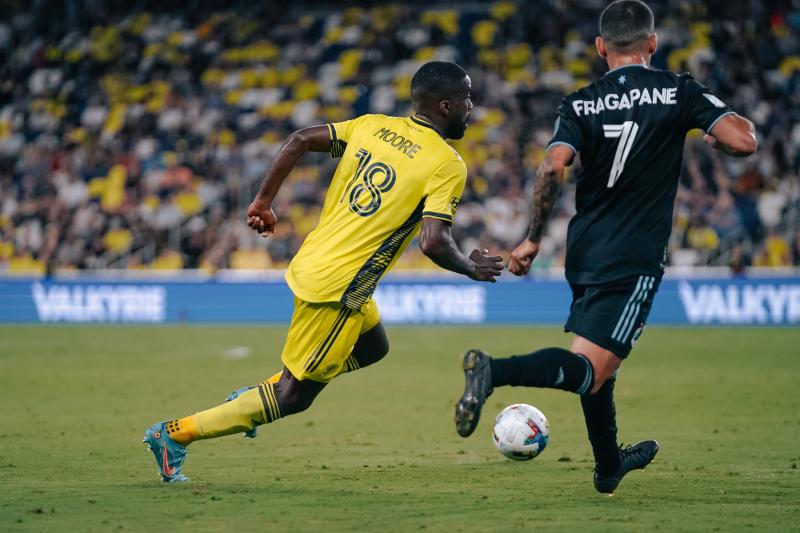 Minnesota United snatched a 2-1 victory over Nashville SC on Sunday at GEODIS Park, adding three important points to the table heading into the playoffs.

This win abroad allows the Minnesota club to consolidate its fourth position in the Western Conference of Major League Soccer. Third-tier FC Dallas have just one priority point and have played one game more.

It's a whole different story for Nashville SC, who are still hanging on badly in the last place giving access to the playoffs in the West. The Tennessee club have not tasted victory in a month, their last triumph dating back to July 13 against the Seattle Sounders.

Fresh off the bench, Joseph Rosales made his presence felt at the 75th minute in the duel of the day. He spotted Paraguayan international Alan Benitez at the far post thanks to a precise low cross, and the latter was able to score the winning goal.

At the start of the match, Franco Fragapane had opened the mark for Minnesota United after being completely overlooked on the right side of the opposing defence.

The hosts, however, had tied the game thanks to their star player Hany Mukhtar, who found the bottom of the net in a moment of bewilderment by the visitors following a corner kick.

It was a frustrating loss for Nashville SC, who dominated their rivals in the chapter of possession of the ball (62.9%) and shots on target (8 to 4).