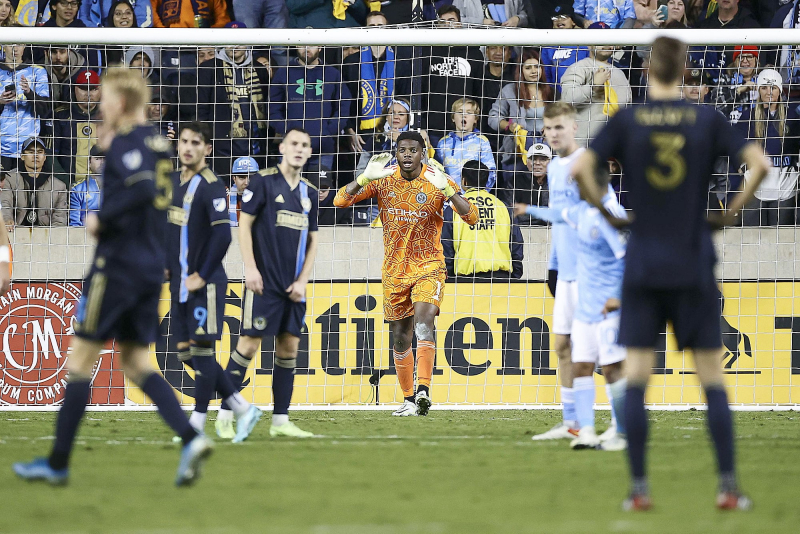 We can't tell you who will win the MLS Cup on Saturday, but we are sure of one thing, a team will lift the trophy for the first time in its history.

It is indeed the first appearance in the final for the Philadelphia Union and Los Angeles FC. Both teams have never made it past the conference finals before this season.

The game at Banc of California Stadium in Los Angeles will feature a duel between the champions of Western Conference and the regular season against the team that finished first in the Eastern Conference.

“We know that we are probably the underdogs and it is a position that suits us, noted Union head coach Jim Curtin at a press conference on Friday. It's rare that the two best teams make it to the final because there is a good parity in this league.

Curtin believes his team are not the favorites, but there is very little to separate the two teams, who finished the season with 67 points.

This means that we will find ourselves faced with an intriguing duel between two teams that are capable of scoring. It will be mostly interesting to see how MLS Goalkeeper of the Year Andre Blake fares against the California big guns. The Jamaican has had fifteen shutouts this season and one more in qualifying.

There is no natural rivalry between these two formations, but one match in particular between them forged the character of the Union.

This is the very last meeting the two teams played before the COVID-19 pandemic put the league on hold for a few months in March 2020.

This fiery meeting s ended 3-3 at Banc of California Stadium, with the two teams trading blows every time the other scored.

“I talked about this game so much that people enough,” laughed Curtin. It was a fantastic game with great goals and above all, it was a game that made us believe that we could go further. »

On both sides, there are doubts about the presence of certain important players. In the Californian camp, there are questions about the possibility that Gareth Bale and Giorgio Chiellini are absent.

On the Union side, the presence of captain, Alejandro Bedoya, is far from certain. Jim Curtin even hinted that the American veteran would not be able to be on the pitch at the kickoff.

“Alejandro is doing everything he can to play this game, even if it's only for five minutes. But it will be difficult to have him as a starter.

“He is the heart of our team and he does everything right in the dressing room in the meantime and I am convinced that he can't be in, the other guys will do anything to win for him. »

A shower of praise for both teams

Jim Curtin is the kind of coach who likes to keep things simple and straightforward. flafla, he also mentioned that Steve Cherundolo was of the same mold, an endangered species in football, according to Curtin's opinion.

The tone was therefore set; the two coaches, who know each other little, moreover, threw flowers at each other.

“Steve didn't get all the love he deserved in our national team. He then came here and found success immediately while maneuvering through a complex season, where there were many pitfalls,” Curtin began.

Cherundolo was the other runner-up for the title. coach of the year with Wilfried Nancy against Curtin, who finally won. The story of the Los Angeles coach is interesting, since he is in his first career season in the MLS after managing Las Vegas for a year in the USL, he who played his entire career in Germany with Hannover.

It was then Cherundolo's turn to sing the praises of his counterpart and the work he has been doing with the Union since 2014.

He was brief and concise about what he appreciates the game offered by the Union, which has the best defense in MLS.

“They are successful and have a clear identity, and it is very difficult to accomplish. It shows determination and tireless work.

“They are extremely disciplined and follow the rules, which makes them really hard to disrupt. »

Earlier in the week, the Noir et Or players mentioned that it was difficult to play against the Union, and the comment made Curtin happy.

“It's a nice compliment from hear it's difficult to play against us, we're comfortable playing without the ball. “

Curtin returned the compliment by listing the qualities of the LAFC.

against, you can easily get caught and it's hard to stick to your game plan.

It should be noted in passing that the Union scooped up a good part of the end-of-season awards in MLS.

Curtin was named coach of the year, Andre Blake was chosen as Goalkeeper of the Year, while Jakob Glesnes was awarded Defender of the Year and Alejandro Bedoya was honored for his community involvement. So they got their hands on half of the eight prizes awarded.