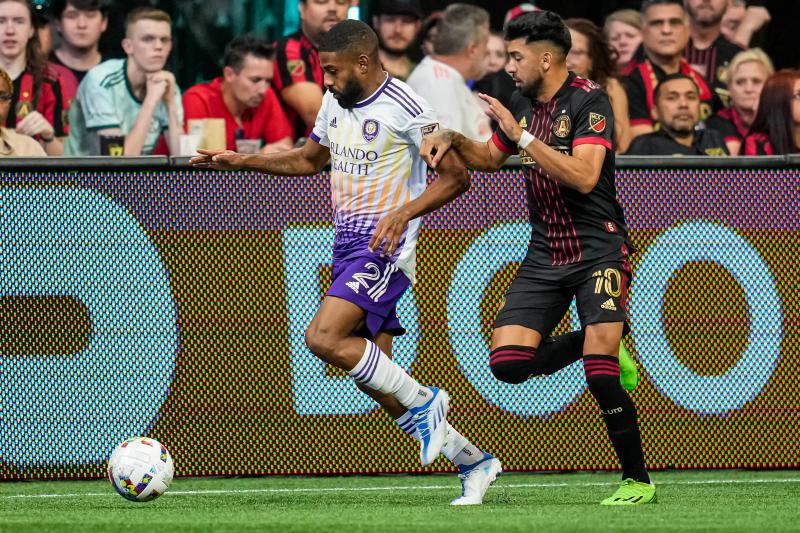 Orlando City SC had their sights set on fourth in the Major League Soccer (MLS) Eastern Conference held by CF Montreal, but had to settle for a 1-1 draw against Atlanta United on Sunday at Mercedes-Benz Stadium.

By virtue of this result, the Florida team reduced the gap with the Montreal eleven two points, but Wilfried Nancy's men still have one more game to play.

Uruguayan Mauricio Pereyra gave his men good hope of advancing in the standings in the 10th minute of the day's duel . The midfielder rushed confidently from a free kick on the edge of the penalty area and did not miss his chance, lodging the ball in the right corner of the net.

The hosts went into action afterwards and completely dictated the pace of the game, not allowing a single shot on target. The Atlanta club generated 18 attempts – but only four reaching the goal – towards Pedro Gallese's goal, but the Peru international closed the door.

It's not until the 71st minute the crowd favorites managed to tie the game. Thiago Almada served a brilliant cross directly to the head of Juan José Purata, who scored his first goal in an Atlanta United uniform by narrowly avoiding offside.