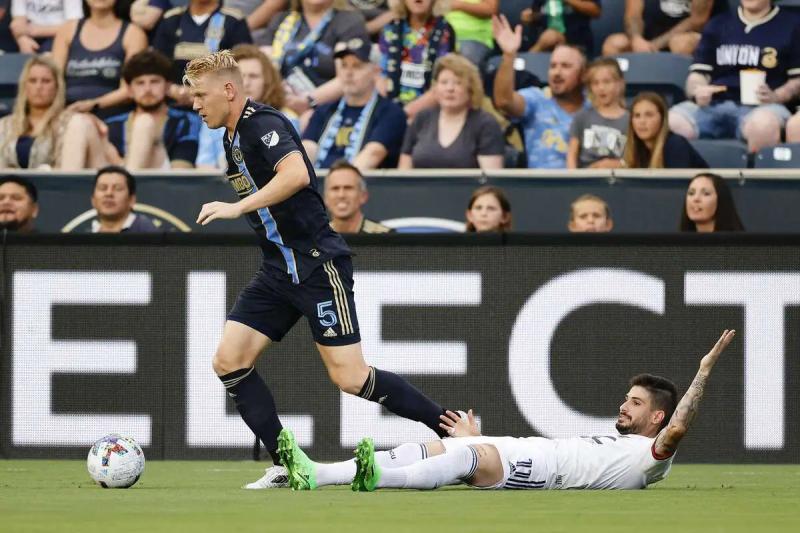 D.C. United forward Taxiarchis Fountas may well be suspended for racist remarks he allegedly made during Sunday's game against Inter Miami CF.

In a 3-2 loss at Audi Field, the player involved fell into second-half trouble with defender Damion Lowe and both men were each shown yellow cards. The local team's color bearer was immediately replaced. However, the head coach of the Florida club, Phil Neville, had a very specific explanation to offer as to what happened on the field.

“A word that I believe is unacceptable within of our society has been pronounced and this one is the worst in the world, in my opinion”, he mentioned after the meeting.

In fact, according to The Washington Post, which reported Miami guard DeAndre Yedlin's remarks, Fountas uttered the N-word to Lowe, a Jamaican. The targeted athlete's teammate, Aimé Mabika, reacted promptly by notifying the rest of his club, which decided not to continue the game as long as the alleged culprit remained on the playing surface.

Fountas did not comment to the media on the allegations in question, but his pilot Wayne Rooney admitted this: “The referee walked over to me and Phil to talk to us. He informed us that there had been a complaint and I'm sure it will be investigated. There's nothing more to say about that.”

The D.C. United organization also learned of the story, saying that “the team will work closely with MLS and the 'Inter Miami CF to verify what happened.'

“MLS has a zero-tolerance policy on abusive and offensive language. We take this very seriously and an investigation will begin shortly,” confirmed the Garber circuit.

Consequently, Fountas could miss the October 1 duel against CF Montreal at Stade Saputo. His troubles add up to a miserable season for his people. Indeed, D.C. United occupy the basement of the MLS general classification with 27 points. The forward is one of Washington's top offensive threats, scoring 12 goals in 21 outings this season.