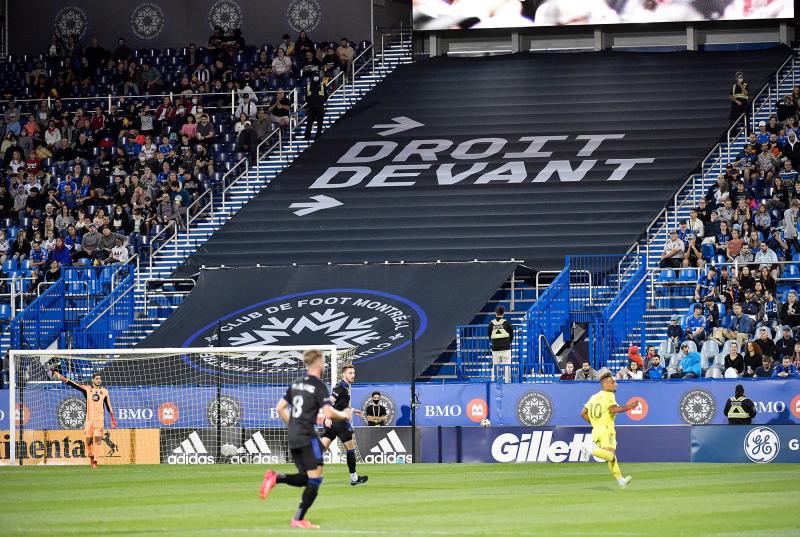 CF Montreal is having a dream season and we add the icing on the cake with the return of a group of supporters to section 132.

The club announced on Tuesday that the section closed to fan groups a year ago would be devoted to them again on Friday, when the Columbus Crew will be at Saputo Stadium. The Montreal Impact Collective will be the new tenant of this part of the bleachers.

It should be remembered that the bickering between the Ultras, unhappy with the change of identity that occurred in January 2021, and the club led to the banishment of several members and the outright closure of the bustling 132 at the beginning of last September.

“Among those who were in 132, some expressed the wish to come back and that was enough for us to think that we could bring the section back to general admission,” explained Patrick Leduc, who is CF Montreal's Soccer Culture Director. .

That doesn't mean the Ultras are back in the game, though. Quite the contrary.

“We no longer want the section to be associated with the Ultras”, explained one of the leaders of the collective, who wished to remain anonymous during a telephone interview with Le Journal.

There was a strong divide between the bands that once hosted Section 132 and that's how the collective was created.

“Since the beginning of the season, a few bands were starting towards a comeback and there was a fairly strong difference of opinion and that's when the collective was created,” he explains.

We've been wanting groups of supporters to return to this end of the stadium for a long time, while the 1642 Montreal will continue to animate the east stand with the bell, in particular.

“There are had several discussions before I entered the equation, notes Leduc. Gabriel [Gervais, the president] was present and several other people from the club who had a relationship with the Ultras in the past.

The representative of Collectif Impact Montréal confirms that Gervais' contribution was essential to their return.

“Gervais played a big role in our decision to come back because things are getting better and better. We will continue to sing for the Impact, but we were no longer relevant outside the stadium. If we want to bring the Impact back one day, it's by being positive in the stadium. »

Atmosphere to be expected

With the recent sold-out houses and the good performance of the team, which occupies the second place in the Association de l'Est de la MLS, things could be explosive at Stade Saputo between now and the end of the season.

“We want there to be atmosphere, we don't won't hide it. The IFMC Collective can bring back an atmosphere like we already knew in Section 132,” hopes Leduc, a former Impact player.

“We didn't just bring 150 supporters out of nowhere, these are people who belonged to the section. We also have something to prove to the club, we have prepared some stuff that will be really cool”, supports the representative of the collective.