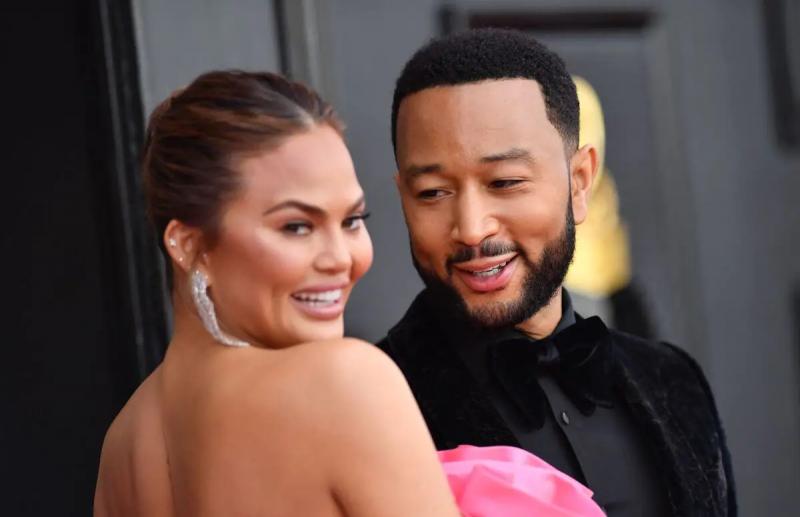 Model Chrissy Teigen and singer John Legend announced they are expecting a child on Wednesday, nearly two years after losing their baby in a miscarriage.

< p>“The past few years have been a whirlwind of emotions, it's nothing to say, but joy has once again filled our home and our hearts,” she wrote on Instagram, accompanying the message of 'a photo of her rounded belly, also published by her companion.

“We are waiting for another one,” added Chrissy Teigen, who has nearly 40 million subscribers on this platform.

In October 2020, she had recounted her miscarriage through several moving posts on social networks, sharing her “deep pain”.

She had notably published a photo of herself lying on a hospital bed, hugging her stillborn baby, alongside her husband.

The statements of the star had been welcomed by personalities and anonymous people who considered that she contributed to breaking a taboo.

But Chrissy Teigen had also been severely criticized by others, who judged that she shared too intimate details.

Earlier this year, Chrissy Teigen, who is also a television presenter and cookbook author, announced that she was undergoing fertility treatment.

In her message on Wednesday, the 36-year-old star, already a mother of two, admitted to having hesitated before publicly discussing her new pregnancy. if he's healthy today, I'm announcing it”, but afterwards, I breathed a sigh of relief when I heard a heartbeat and I thought to myself that I was still too stressed”, she said. testified.

She met John Legend, multi-award-winning singer known for your hit “All of Me”, on the set of one of his music videos . The couple married in 2013.