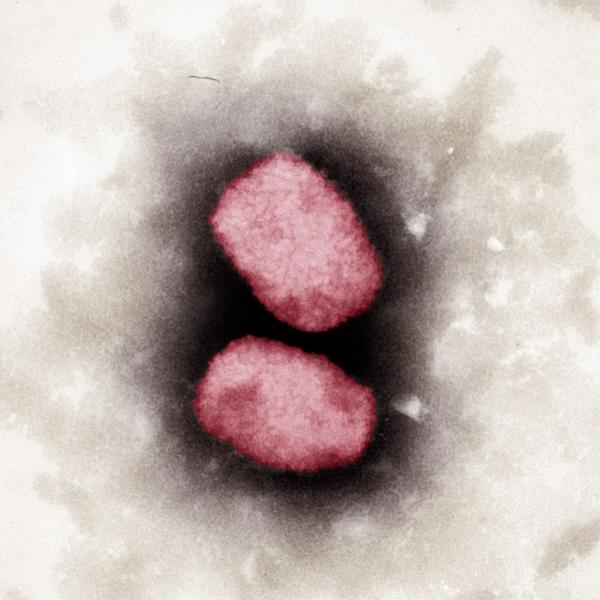 The first British patients with monkeypox, a disease that has been spreading around the world since the spring, showed symptoms different from those usually seen in African countries where this condition had until then been limited, shows a study published on Saturday.

While a flare-up of fever was considered almost systematic in monkeypox, just over half of patients studied in the UK have had them, notes this study published in the Lancet Infectious Diseases.

Carried out on about fifty patients, this work, still limited, is one of the first to characterize the clinical specificities of the current epidemic of monkeypox.

This disease was until then limited to ten African countries. But, for several months many cases, more than 3,000 according to the latest news from the World Health Organization (WHO), have been recorded in Europe and on the American continent.

The United Kingdom is among the first countries where cases have been reported this year, hence the interest of this work based on observations made at the end of May, when only a hundred British patients had been registered.

The sample therefore corresponds to more than half of the known patients in the country at the time. And, among them, the monkeypox manifested itself distinctly differently from what was known in Africa. Not only are bouts of fever less frequent, but they also appear much shorter and require far fewer hospitalizations.

As for the typical lesions of the disease, they are most often concentrated around the genitals . In the previous cases, they were generally larger, reaching for example the face or the nape of the neck.

For the authors of the study, this specificity suggests that the first British cases were contaminated by contact during sexual relations. This hypothesis, to be clearly distinguished from the idea that the disease has become sexually transmitted, corresponds to the well-established notion that contamination is possible by touching a skin lesion in another patient.

The majority of European and American cases have so far been recorded in men who have had homosexual relations, but they are not the only ones concerned.

More broadly, the authors of the study consider that their observations argue for broadening the definition of the disease in order to better detect new cases, without for example insisting so much on a fever.

However, these different symptoms do not mean that the current epidemic is due to a new version of the virus, as other researchers point out.

“There is no major genetic modification” in the viruses sequenced in current patients, noted pulmonologist Hugh Adler at from AFP. He argues that in Africa, many cases, without fever or with limited lesions, may have gone undetected, biasing comparisons.