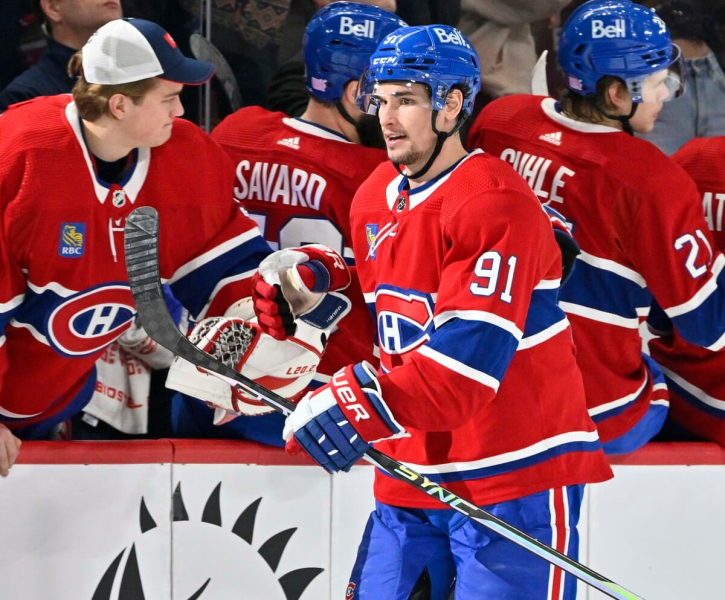 CALGARY | When the Canadiens acquired Sean Monahan from the Flames in August, we immediately thought that the Ontarian would only be passing through Montreal.

We thought Kent Hughes had done well by also getting his hands on a first-round pick (in 2025) for nothing more. We saw the general manager of the Canadian maximize this transaction even more by moving Monahan to a formation ready to give up a hope or another choice in the draft, as the next deadline for transactions approaches.

However, with the services he has provided to the Habs since the beginning of the campaign, one can wonder if the 28-year-old forward, whose contract will expire at the end of this campaign, could not be an element important part of the reconstruction of the Canadiens.

In any case, if Darryl Sutter were the head coach of the Canadiens, that is clearly the wish he would express.

“When you find yourself in this situation, you want to have veterans who are good people, good teammates and good competitors. Sean ticks all those boxes,” Sutter said on the eve of Monahan's return to Calgary, where he played 656 games over nine seasons.

“Monny could have been our captain,” said he even added.

At the helm of the Flames since the 2020-2021 season, Sutter has never had the opportunity to count on a healthy Monahan. That says a lot about the respect he has for her.

“I never saw him at his best because that’s when he had surgery on each of his hips. Two seasons where he lived with major health problems,” recalled Sutter.

“Despite his injuries, he never complained. He always came to the arena with a competitive spirit and ready to work,” explained Noah Hanifin, met in the Flames locker room.

Among the leaders< /p>

It's comeback week in Calgary. That of Monahan will follow that of Matthew Tkachuk, which occurred on Tuesday. The latter was treated to bursts of boos every time he touched the puck.

The reception is expected to be different for Monahan, whom the Flames sacrificed to create enough cap space to acquire Nazem Kadri.

“I spent almost half my life in Calgary. It will be weird, but I can't wait to get back there,” Monahan said Tuesday night after the loss to the Sharks.

Despite injuries, Monahan, the Flames' first-round pick (6th overall) in 2013, ranks ninth in franchise history in games played (656), eighth in goals (212) and third in the game-winning goals column (47).

“I had a decent career with the Flames. But the most important thing is the relationships I have built with the citizens of Calgary, the people of the organization and some teammates. »

Involved in the community

Monahan's generosity is the aspect that Dillon Dube remembers the most from the four seasons that spent with him.

“I learned so much from him seeing the effort he put in off the ice. He was also heavily involved in the community. For guys my age, who are a bit younger than him, he was a great role model,” said the 29-year-old forward.

Among his accomplishments, Monahan has heavily involved with the Flames Foundation and as an ambassador for the Big Brothers Big Sisters organization and was involved with Ronald McDonald House.