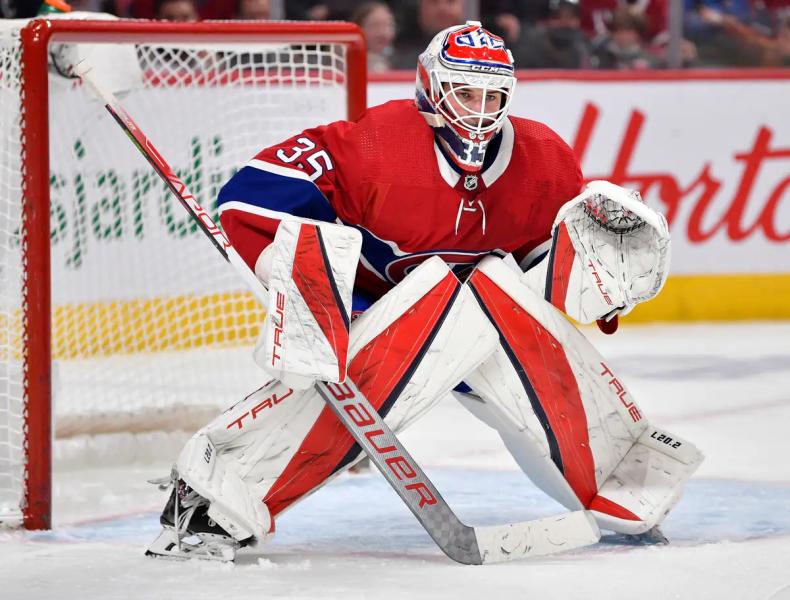 Boosted in the role of starting goaltender for the Montreal Canadiens due to injuries last season, Quebecer Samuel Montembeault was granted a two-year, one-way contract extension on Monday.< /p>

The 25-year-old masked man's salary has not been disclosed, but TVA Sports hockey expert Renaud Lavoie said he will receive $1 million per season.

Recent statements from general manager Kent Hughes about the limited progress of Carey Price, who is feeling good in the gym but seeing inflammation returning to the ice, certainly hinted at Montembeault's return.

Selected on waivers for the Florida Panthers to back up Jake Allen in Price's absence early in the campaign, Montembeault certainly saw more action than expected when Allen suffered a lower-body injury.

The Canadiens have agreed with goaltender Samuel Montembeault on a two-year, one-way contract extension (2022-23 to 2023-24 ).#GoHabsGohttps://t.co/JpQtZgZNyu

Behind a team that seemed unable to compete at times and which let him down a few times, Montembeault was sometimes brilliant, sometimes generous. A wrist injury suffered in January and for which he had surgery after the campaign certainly did not help.

In 38 games, including 30 starts, the Bécancour native posted an 8-18-6 record, a 3.77 goals-against average and a .891 save percentage. The Canadian (22-49-11) for his part finished in last place in the general classification of the National Hockey League (NHL).

Montembeault was also one of the unfortunate actors of an incident that demonstrated the state of mind of the troops at the end of January. Viciously hit by Zack Kassian when he was wearing an Edmonton Oilers uniform at the time, Montembeault got up without any of his teammates coming to his rescue.

A few days later this incident, Dominique Ducharme lost his position as head coach of the club in favor of Martin St-Louis. Jeff Petry and Ryan Poehling, who were on the ice at the time, were recently traded.

Due to a fine junior career with the Blainville-Boisbriand Armada, Montembeault was a third-round selection – the 77th overall – of the Panthers in 2015. In 63 games during his career, he boasts a record of 17-26-9 and a rate of .892. He had his only shutout in the blue-white-red uniform last season.