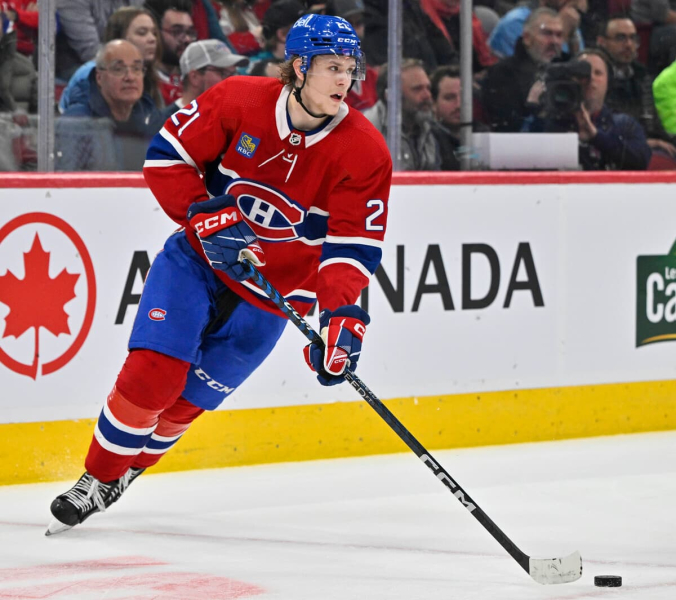 “We are preparing to go a long way without him. After the loss to Rangers, his team's seventh in a row, Martin St-Louis did not seem optimistic about Kaiden Guhle's state of health.

The diagnosis fell on Friday, just before training for the Canadian. Victim of what appears to be a severe sprain in his left knee, the 20-year-old defender will have to sit out for a minimum of eight weeks.

The Albertan was injured on December 29, in Florida, during a fall with Aleksander Barkov, the captain of the Panthers. These two months of inactivity, which is the most optimistic assessment, brings us to the beginning of March.

That said, RDS colleague François Gagnon got a tip that the rookie defender could miss the rest of the season.

Still on the injured side, Brendan Gallagher will miss a minimum of two weeks. Against the Capitals, he aggravated the lower-body injury that had sidelined him for 13 games. It sounds like an ankle injury.

Gallagher also came out battered from training held the day before the game in Nashville, during contact with Joel Edmundson. Nevertheless, he had faced the Predators the next day.

Finally, as for Mike Matheson and Sean Monahan, both with lower body injuries, they skated ahead of the main group. Their rehabilitation continues. In their case, a return isn't expected for another two weeks.

Kaiden Guhle will miss at least eight weeks of activity due to a lower-body injury.

Kaiden Guhle has a lower-body injury. He's sidelined for a minimum of eight weeks.

Brendan Gallagher will be out for a minimum of two weeks with a lower-body injury.

Brendan Gallagher has a lower-body injury. He's sidelined for a minimum of two weeks.

Mike Matheson and Sean Monahan skated this morning. They are progressing well, but will miss another two weeks of activity due to lower body injuries.

Matheson and Monahan skated this morning. They're out for two more weeks with lower-body injuries, but progressing well.