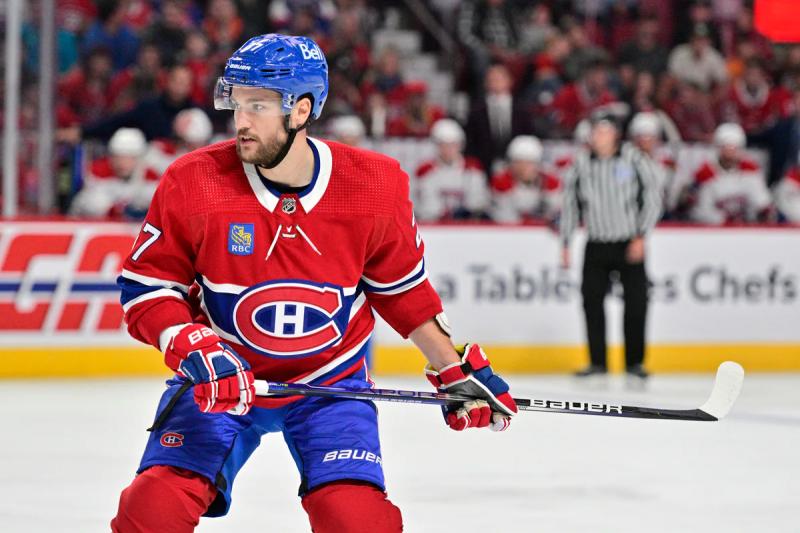 Jonathan Drouin may have had a nasty surprise when he learned about the lineups before practice on Monday.

Wish he hadn't taken a sip of coffee or a bite of toast before watching them.

Despite the last players cut, the Quebecer was one of the attackers in excess on the ice. Michael Pezzetta also found himself in the same situation.

Drouin alternated with Mike Hoffman in a unit completed by Sean Monahan and Kirby Dach during exercises. A special situation for one who is in his last year of contract with the Canadiens.

When asked about this, Martin St-Louis did not want to add fuel to the fire.

“He [Drouin] ran out of time during the camp, explained the head coach of the Canadian. He is a little behind physically. He is coming back from an injury.

“We are 15 attackers. It's something I have to deal with.”

St-Louis says Drouin is still in the team's plans .

However, it wouldn't be surprising if the forward was left out for Wednesday's regular season opener against the Toronto Maple Leafs at the Bell Centre.

“Every guy in my locker room has value,” added St-Louis. It is their responsibility to raise their value.

“Whether you are in training or not, your value is important. Those who are not, I have a plan to help them increase their value every day. One shot that Jo's value will be in the right place, he'll be in a position to be successful on the ice.

“Yes, he's in the plans. As soon as a player is here, I'm going to train him until he's gone.”

The main interested party did not hide. His timing is not yet at his usual level.

“It's still going a bit fast,” said Drouin. It will take me some more time to get used to it.”

We must not forget that Drouin had wrist surgery last season. During training camp, he still missed games. This time, it was due to a virus.

During his absence, other players took the opportunity to highlight themselves. The number 27 will have to work hard to regain his place in the formation.

However, he does not want St-Louis, with whom he has good communication.&nbsp ;

“It's a long season and a lot of things can happen,” said Drouin. All I can do right now is put my head down and work hard on and off the ice.”

For their part, Justin Barron, Raphaël Harvey-Pinard, Otto Leskinen, Cayden Primeau and Jesse Ylönen were cut without too much surprise. They will report to the Laval Rocket in the next few hours.