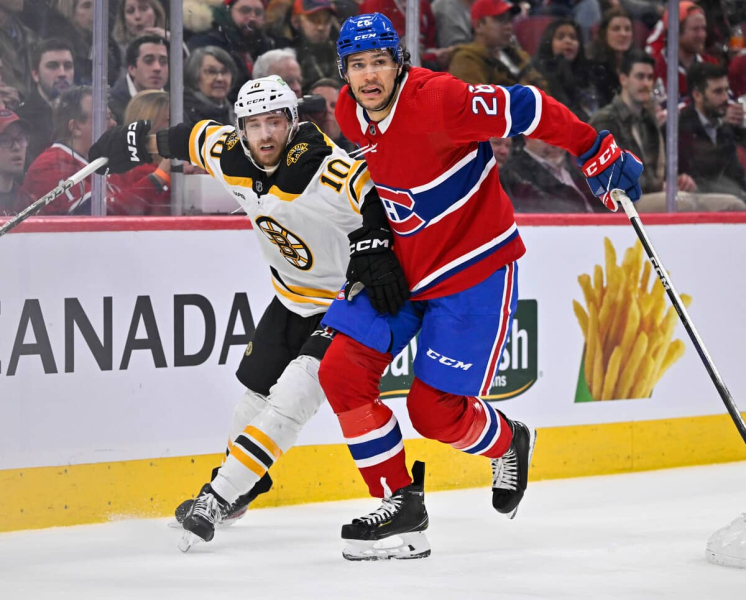 As was the case on Saturday against the Maple Leafs, the Canadiens weren't given a lot of money against the Bruins, the best team on the Bettman circuit. This time, the Habs did not win, which did not prevent them from being in the game until the very end.

“I'm very proud of the guys. We fought. We played a good match. The Bruins are tough to play against. We were in the game and we were engaged. »

Although he had to make a few big saves during the first two periods, Samuel Montembeault was also more than satisfied with the work of his teammates. In his opinion, the only thing missing was at least one point in the standings.

“It shows that when we play our game and everyone works, we are able to compete against any team. »

Most likely dragging a lower body injury, Kirby Dach has missed a few workouts lately. Moreover, we saw him grimace on a few occasions during the meeting. Nonetheless, he was sent into the fray for a career-high 23:59. He took the opportunity to reach the 10-goal mark for the first time.

“There is not really any symbolism. I just want to play my best and work hard. But I also want to improve every year without worrying about statistics. I need to play well on 200 feet. »

In his second game Since his recall, Alex Belzile has delivered a sustained performance. Against the best team on the circuit, he held his own. He nearly scored his first NHL goal, but his shot hit the horizontal bar.

“Bringing energy, that's the mandate of a fourth line. You spend time in the offensive zone to buzz, create chances and momentum. I hit a post, but I still get chances to score. As long as you have a chance, it's positive. It'll come in eventually, I'm sure. »