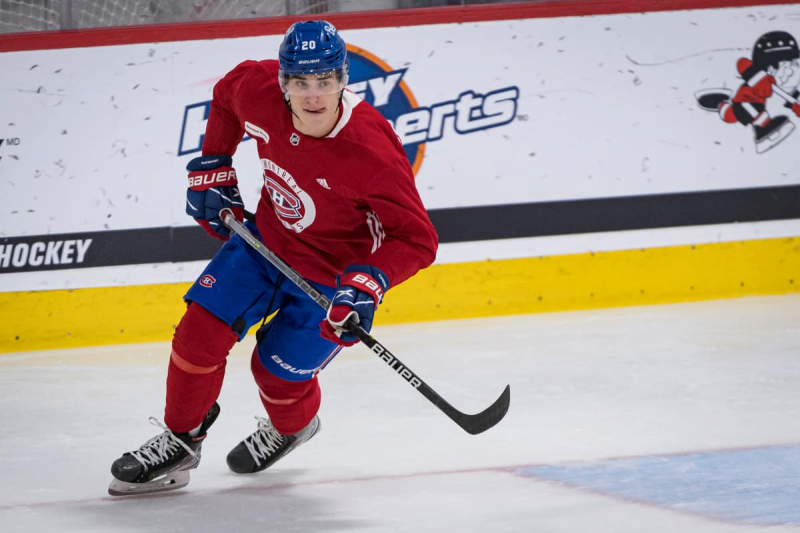 Mysteriously injured in the upper body, Slovak Juraj Slafkosvy was back in practice with the Montreal Canadiens on Wednesday.

The first-round pick of the Habs at the last draft has not played for a week. Last Thursday, he scored his first NHL goal, against the Arizona Coyotes.

As was the case the day before, Joel Armia and Joel Edmundson were training with no-contact jerseys. They will both be on the four-game trip.