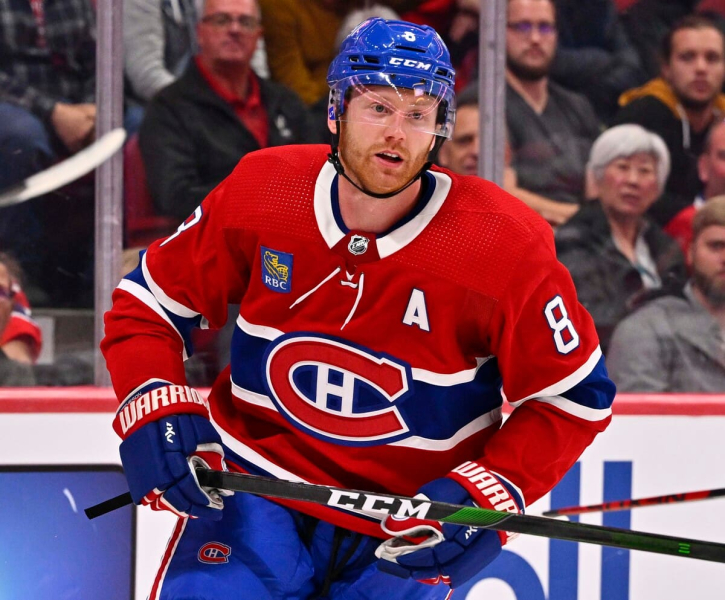 MONTREAL | Mike Matheson will wear the uniform of the Montreal Canadiens for the first time. Injured to an abdominal muscle in the first preseason game against the New Jersey Devils, Matheson finally waited until the 18nd game of the season before making his debut with his new team.

“Yes, it is really exciting. I had been waiting for this day for a long time. I think it will be really special for my family and me. I will finally play for the Canadian.”

“It will be really special, but a little weird at the same time, continued Matheson. I am happy to have this opportunity to play for the team that I watched in my youth. I had been watching the games for a few weeks and was looking forward to playing in front of the fans. I hope to play well.”

Matheson, a former Pittsburgh Penguins and Florida Panthers, will find himself to the right of Joel Edmundson.

Injured in the back at the start of camp, Edmundson sat out first matches on the schedule. When he returned to the game, number 44 had played 21 min 07 s against the Jets in Winnipeg.

With a defense still very young, Martin St-Louis risks throwing Matheson into the heat of the game. action as fast as Edmundson.

“It will be the decision of the coaches, warned Matheson. But I am ready to play the number of minutes that I will be given. I feel 100%.”

St-Louis said he was happy for his defender.

“I don't know if you've been watching practices lately, but it's how it moves, it has a presence. I'm happy for him. A youngster from Montreal who plays his first game on a Saturday night, it will be special, not just for him, but for his family. We are happy to have him in the training.”

Without Harris and Wideman

If there was a surplus of attackers for several games at the start of the season, the CH now finds itself with eight healthy defenders. During the Flyers' visit to the Bell Center, Jordan Harris and Chris Wideman will skip their turn. release for the first time this season.

The American scored his first goal of the season in a 6-4 loss to the Blue Jackets on Thursday in Columbus, but he had played just 16:44. He hasn't passed the 20-minute mark in his last five outings.

“Jordan didn't do anything wrong,” St-Louis noted. We have to choose our formation according to the team we face. For Jordan Harris, it's all positive. I told the young defenders that in our situation there will be changes. But is it going to be a spin?”

“We love our three youngsters. Kovy [Kovacevic], Jacko [Xhekaj] and Jordan. Guhle belongs with Savy [Savard]. The three, in my opinion, it will be a rotation. It's not necessarily because they play badly that they will drop out of training. It's the chance to have one-on-one time with a player, like today. It's the chance to watch the game from above, to see when you have more time, and when you have less time. It's not a negative.”

Of the four rookie defenders, Guhle therefore has some form of immunity. And we can understand the choice of St-Louis.

The probable formation of the CH