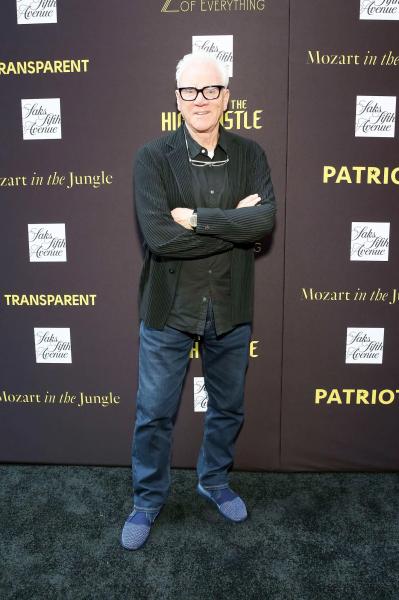 At 79, Malcom McDowell has no intention of retiring. Not even to slow down. “I still have way too much fun to stop, come on! “says the actor, expected in town today for Montreal Comiccon.

“Hello, this is Malcom McDowell. »

This voice, heard at the end of the line, still needs no introduction. We would recognize her among a thousand, as she marked the imagination of moviegoers. She was Alex DeLarge's in the classic A Clockwork Orange. From Caligula in the film of the same title. And even Dr. Samuel Loomis for an entire generation, initiated into the Halloween saga by the rereadings of Rob Zombie.

His track record is impressive, punctuated with classics of the seventh Art. When you point it out to him, you can sense a sincere modesty in his voice.

“I have to admit that I was lucky to have participated in projects that had an impact on people in this way. point,” he said from his Californian home.

“But honestly, I've done so many things that I tend to forget,” he adds, laughing.

No worries there. Because his fans, they regularly remind him of his main – and many – feats of arms. And that's exactly what he expects for his time at Montreal Comiccon, returning this weekend after a two-year hiatus due to the pandemic.

“Obviously, we speaks to me a lot, a lot of A Clockwork Orange, of If…or Star Trek. But some come to me with photos or posters of more obscure films. It’s, let’s say, surprising,” laughs Malcom McDowell.

It’s all fair game, he says. And it is with always renewed pleasure that he meets his admirers to sign autographs, exchange a few words and pose for a photo, which he will do until Sunday, at the Palais des Congrès.

“I like to take advantage of these occasions to meet the fans, greet them, discuss with them. Because, after all, it is thanks to them that I was able to have the career that I have. It's the least I can do to devote time to them when I can, right? “, he drops.

If Malcom McDowell spends the weekend with us, however, he will not be able to extend his stay in Montreal. As soon as Comiccon is over, he will have to head for Newfoundland to film the second season of the Canadian series Son of a Critch.

“In there are two reasons for retiring from this profession: either because the telephone stops ringing, or because you can no longer memorize texts. And – knock on wood – neither has happened to me yet. I'm having fun like the first day, so I don't see why I would stop,” he says.

♦ Montreal Comiccon will take place from Friday to Sunday, at the Palais des Congrès in Montreal.