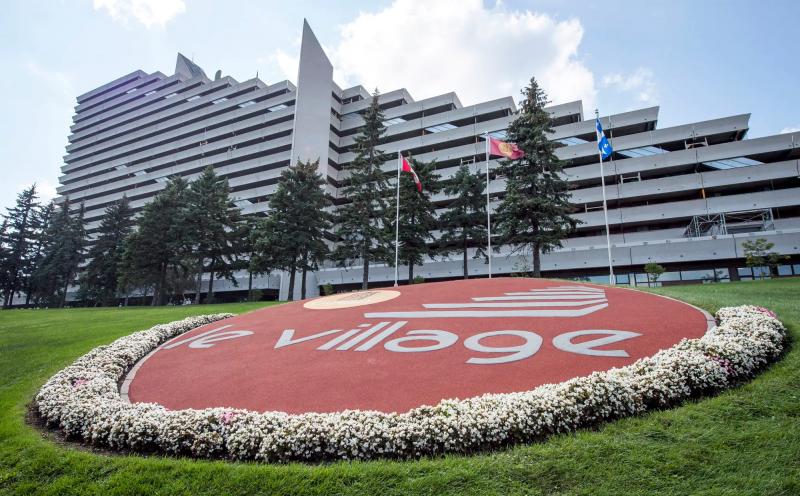 For the first time in Olympic history, security was the top priority at the 1976 Montreal Games.

The terrorist attacks by the Palestinian group Black September, which claimed the lives of 11 Israeli athletes and coaches at the Munich Games four years earlier, had raised alarm bells. We could no longer hold the Games in a good-natured atmosphere where everyone could enter and leave the Olympic Village as they pleased.

Present in Munich as part of a contingent of 32 people nicknamed the group of spies and came from Quebec on an observation mission, the future CEO of the 1976 COJO and mayor of the Olympic village of Montreal, Yvan Dubois, experienced the attacks up close. He knew that all the security aspects that had always been neglected had to be reviewed.

“I spoke to all the mayors of the Olympic villages that are still alive so that we can learn from their successes and their difficulties. We wanted to offer a different village and we wanted to innovate.”

The priority was that no one could enter the Olympic village as if they were going to the convenience store to buy a pint of milk.

“We innovated by building a validation center that looked like the controls we saw in airports,” he explains. German chef de mission Walter Troëger, who had become a friend over the years because he served as village mayor in Munich, believed the demands were too high and the timeframes for athletes to gain access to their rooms would be too long.”

Three weeks before the start of the Games, Dubois and his colleagues were surprised by a general simulation, an operation which enabled them to validate their plan.

“There were 2,000 soldiers who were staying in army residences in Pointe-aux-Trembles in preparation for the Games, he says. The residences were infested with bed bugs. The general called us to check if we could accommodate the soldiers in the Olympic village.”

“After consideration, we accepted even if the work was not completely finished, and the soldiers had to submit to the same vetting stations that athletes should do upon arrival, Dubois continued. We weren't looking for weapons, we were looking for bedbugs.”

When the athletes arrived, everything went smoothly.

“Along with the Soviets and the Americans, the West Germans formed one of the largest delegations and they had access to their rooms in 47 minutes. Walter told me afterwards that he would never have thought that we would have been able to do it.”

Present at the Innsbruck Games in the winter of 1976, when the Austrian city took over from Denver, which had withdrawn after the population voted against the holding of the event in favor of a referendum, the mayor of the olympic village in Montreal was aware that security was essential, but he wanted to add a different touch. Innsbruck also presented the 1964 Games in a very different context.

“The visibility of the military was too great in Austria,” he underlines. The soldiers were armed and there were vehicles in the village. Despite the presence of 1,200 police officers, mostly military, attitude and appearance made the difference in Montreal. The chief of police was endearing and the soldiers wore a beret and a scarf. Over the days, they became friends of the athletes who found that their presence enriched the atmosphere.”

The 1976 OCOG innovated by creating two very distinct zones: the residential zone for the athletes and the international zone for the media and visitors.

“The international zone served as a buffer,” explains Dubois. Visitors and journalists were allowed to enter the residential area only if they had obtained the green light from the national committees. It was very, very well guarded.”

The red telephone was used twice

The CEO of the 1976 OCOG and mayor of the Olympic Village and the commander of the police forces had agreed on a quick way to talk to each other if a major security problem arose. The red telephone.

Yvan Dubois and the late Léopold Roy used this means of communication on two occasions during the Olympic fortnight.

“The red phone allowed me to reach Léopold Roy who supervised the work of the four police forces [the SPVM, the SQ, the RCMP and the army], explains Dubois. The one I called my commander could do the same. There were only two calls for the duration of the Games, one on each side.

Noting the presence of two individuals trying to cross a security fence, the head of the police force contacted his colleague . The response was quick.

“Two individuals whose trace has never been found tried to climb the fence on the northwest side, says Dubois. I immediately called the general of the army and we received 125 men as reinforcements 90 minutes later.

A threat from the Soviets led to the second phone call the day before the closing ceremonies. The author of the phone call tells. “The Soviet head of mission who was also the Minister of Sports wanted security to be increased near the residences of their athletes otherwise he threatened not to participate in the closing ceremonies, indicates Dubois. Unbeknownst to us, a village employee had had the clumsiness to print and distribute a leaflet on which the procedures for requesting political asylum were written.”

A Soviet diver had requested political asylum earlier in the Games and the leaders of the steppe country were on edge. “The head of mission had a job to do and I understood his request,” said Dubois, who was hired by the Soviets to share his expertise four years later, during the Moscow Games. We had increased security near the residences of the Soviet athletes and they were present at the closing ceremony.

At this time of the Cold War between the two great powers, Dubois nevertheless wanted the American residences and Soviets are located next to each other. “It was important for athletes from both countries to rub shoulders and my request had been accepted. When we increased security at the request of the Soviet head of mission, the Americans wanted to keep the same freedom and they did not have to submit to tighter controls.