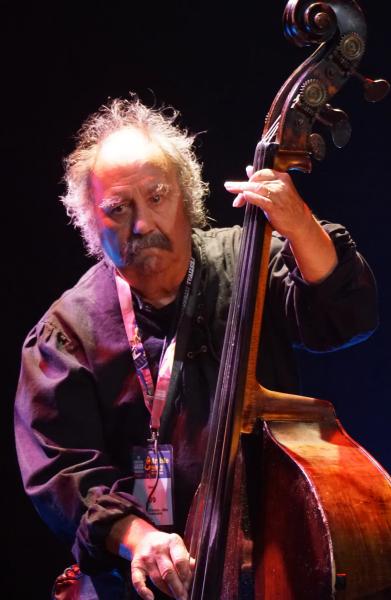 The last evening of the 2022 edition of the Festival International de Jazz de Montréal, Saturday, was placed under the sign of friendship for the Montreal double bassist Michel Donato, and filled with sensuality with the concert of Bebel Gilberto.

It is in the company of a good fifteen musician friends that Michel Donato opened the festivities surrounding his 80th birthday (he will actually have them on August 25), on the small stage of the Gesù.

The composer François Dompierre, whose public appearances are rather rare, exceptionally played a small piece on the piano as an appetizer on the program for this anniversary.

With Pierre Leduc, the bassist then delivered a smooth and nuanced duet. Later, it will be with another of his faithful accomplices, Alain Caron, on bass. What a great idea to bring together André Leroux, Yannick Rieu and Jean-Pierre Zanella for a splendid saxophone trio.

The dynamic and catchy quartet, composed of James Gelfand, Guy Boisvert, Paul Brochu and Ron Di Lauro, took up a composition by Donato, before the pianist Lorraine Desmarais, whose 40-year career the FIJM celebrated the day before, dedicated her piece Andante, “one of Michel's favorites” she underlined, in the company of double bassist Frédéric Alarie.

François Bourassa, Frank Lozano, Pierre Tanguay and Michel Donato continued with a piece taken from their album in homage to American jazzman Bill Evans, alongside whom the bassist has already played, followed by Special Love which features on the new album Michel Donato et ses amis québécois.

At the Théâtre Maisonneuve, the rendezvous both expected with Bebel Gilberto has finally arrived, three years after the initial date.

Magnificent in her bright red one-piece, the Brazilian singer, who received the Antônio-Carlos-Jobim Prize at the start of the festival, opened with her classic Deus America before thanking the public for having been so patient. Her joy at being in Montreal was so enthusiastic that she went so far as to embrace the Maisonneuve stage. The table was set for a colorful concert.

Accompanied by a guitarist and a drummer, to whom we had also added two small palm trees, she then performed the magnificent August Day Song , Simplesmente or even Baby, alternating between Portuguese and English.

She then had the audience sing the melody of opening of the song Bananeira, which she sang in chorus with the audience. Our deadline unfortunately arrived when she began the first notes of the sentimental Harvest Moon.

In the first part, the young Spanish singer Maria José Llergo made her exceptional and magnificent voice on resolutely contemporary flamenco pop tunes. A name to remember.