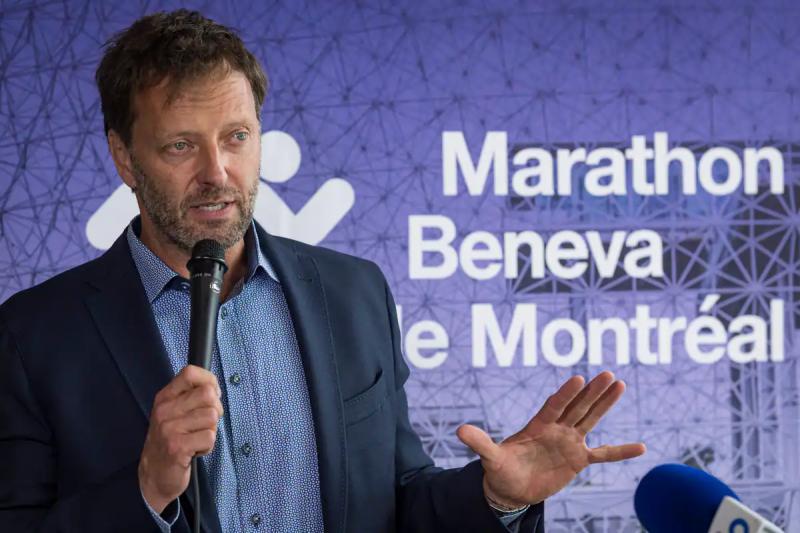 No one can predict the unexpected, but we can prepare for it. This is the challenge that Sébastien Arsenault gave himself when his organization took over the reins of the Montreal Marathon, and a few days before the event, he believes he has succeeded.

This weekend will be the first edition of the event since 2019 for this great mass of running in the Montreal metropolis. The latter unfortunately marked history with the tragic death of Patrick Neely, 24 years old. Communications and organization were subsequently questioned.

A redesigned course, but also the hiring of a few hundred people to form a competent medical team, should make it possible to avoid a repetition of this tragedy. And to top it off, the weather forecast announces a mild temperature much more conducive to the race.

“As far as safety is concerned, we haven't taken a chance”, launched Mr. Arsenault, Monday, before indicating that approximately 15,000 runners are expected during the various events.

Sébastien Arsenault's father, Serge, had been behind the first Montreal Marathon in 1979. It was therefore only natural for the son to respond to the call for proposals launched in 2020 by the City of Montreal to take over the reins of the Marathon.

Well aware of the shadow of the COVID-19 pandemic, the new management had to give up the 2021 edition. But this year, after months of waiting, all the artisans of this project will be able to see the fruits of their work.

“For us, it was like a race without knowing if we were going to run 42, 85 or 120 [km], imagined Mr. Arsenault. That was our reality, a bit like an athlete who saw the Tokyo Olympics moved.”

This first edition will allow his organization to lay the foundations for the sustainability of the event, hopes Mr. Arsenault. In the longer term, he hopes to be able to attract more international competitors for the flagship 42.2 km event, but also to encourage people to adopt better lifestyle habits.

1 km races, 5 km and 10 km, in addition to the half-marathon and the main race, will in particular introduce children to running.

“Running has been around for I don't know for how long and it remains one of the most effective and cheapest ways to train. It's a gesture that we make as a promoter, to encourage people and tell them: “it's not important that you run your 10 k in 40 minutes”. That's not the concept.”

“If we can promote all of this, that it becomes contagious and try to grow it for the next few years, that's our goal.”

Registration is still open for the various races, which will take place on Saturday and Sunday.

Charles Philibert-Thiboutot will have to surpass himself in an unusual way on Sunday. As a pace bunny, he will have to establish a new mark of slowness in the half marathon.

“My special request for the organizers was to assign me to a bunny position that was not too demanding. , launched the Olympian. It will make me really happy to go out and run with the People. But you see, me, 1h40 for a half, I've never run that in my life. It's too slow!”

“But considering I'm in the off season, I should be able to complete the task easily and have fun doing it.”

The 1,500m specialist never hesitated when he was asked to become one of the spokespersons for the event.

“When I saw that it was a Quebec organization – the one that had founded the marathon in the years 1970 – who took over the reins, I thought it would be super interesting to get involved. Any big city like that must have a major marathon.”

Philibert-Thiboutot also shares one of promoter Sébastien Arsenault's objectives since he wants to get people to do more physical activities.

“Very frankly, the people who are going to take the start and myself, we have one thing in common, and that is surpassing oneself. I think it's important to connect with the community to encourage people to excel. It's the kind of action that can really encourage people to follow the sport better and also to stay more active.”