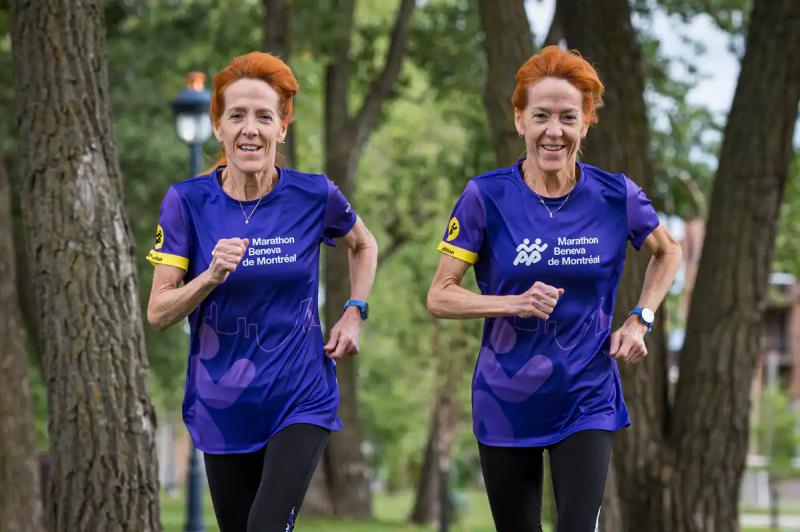 There aren't three like the twins Sylviane and Patricia Puntous. Pioneers of endurance sports in North America, Quebec women will participate in the Montreal Marathon on Sunday.

Reached by telephone at their residence in Anjou – not far from their native Montreal North – the Puntous sisters are the first to confirm it: they form a whole, an inseparable pair. At the age of 61, they answer the author's questions in unison, despite the latter's granted wish to attribute the right words to the right person.

“ It doesn't matter, we think the same thing, whether it's one or the other,” retorts Sylviane, laughing.

The twins have always shared everything. Their careers as operating room nurses, yes, but also their shared passion and talent for training.

In 1980, they took part in their first marathons, including the one in Montreal. Only three years later, they finished on the first two steps of the podium at the prestigious Ironman in Hawaii – a feat they would repeat the following year.

After an illustrious professional career in the world of triathlon , they retired to devote themselves solely to running, at the age of 37.

They have thus always maintained their love for training and competition.

“It's like a meditation, a happiness, a freedom, continues Patricia. When we're not running, we're in such a bad mood. When we know that we have to take a day off, we are sure to argue that day.”

“We are very competitive. There are many people with whom we competed who stopped. But we are stronger than us. We continue and we have to win our age group. We like to go beyond.”

One would expect two top athletes training daily to fuel healthy competition. However, even if they claim to motivate each other, the Puntous twins have always considered running as a team sport.

“Of course we are different from the others, notes Patricia. Not all twins are like that, it's just us. We play sports together, or we don't at all.”

“If we were “top shape” [our opponents] faced two people rather than one, completes his sister. It was physical and tactics. You go from first place to third place automatically.”

Some four decades after their debut, the Puntous twins will take part in the half-marathon at the Montreal classic on Sunday. is not a last lap for fiery athletes with fiery hair… far from it.

And we take them at their word.