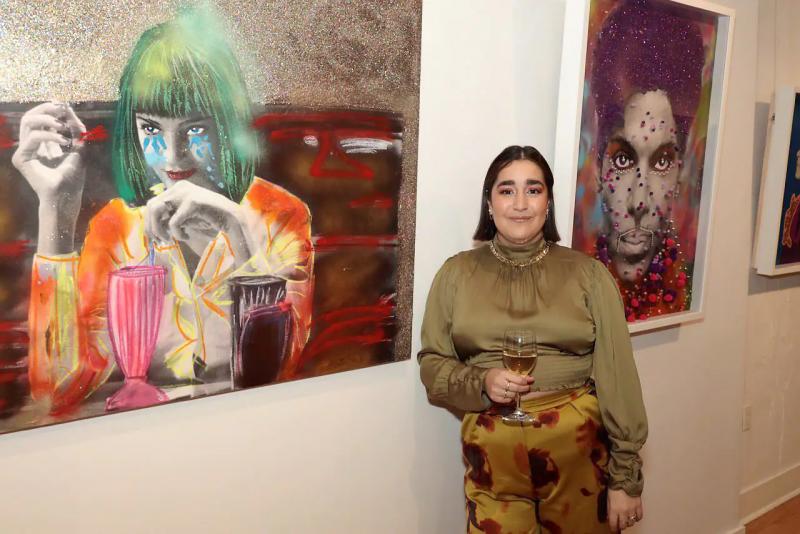 After a few films, including Lines of Flight, recently released, an exhibition of pop art presented in November 2021, a second tour of shows called Impolie, Mariana Mazza will publish Montréal-Nord next October, a self-fiction book that will tell snippets of his childhood.

“I've never just done humor, it's just that I don't didn't speak,” explains Mariana Mazza. I always liked being on stage, but I always did something else. Painting, reading and writing have been part of my life for a long time. We are simply surprised because I bring it to light now. »

It was the pandemic that gave her the downtime needed to reconnect with her various passions, including writing.

“The world thinks they know me because they see me speaking and give my opinions, but no one knows who I am except my family and close friends, adds the 32-year-old artist. You may love what I do, but no one can say what my favorite food is, my favorite smell, or what marked me when I was young. »

This is what will be discussed in his book Montréal-Nord, which will skim over his childhood spent in the neighborhood of the same name. Two other parts are planned to complete this trilogy approaching his life in three stages: childhood, adolescence and adult life.

“These are snippets of my childhood, things that marked me, that shaped me, moments, people, smells, says the one who had long wanted to write a book that she would like to read. People who came in and out of my life too, for X and Y reasons that I name in the book. The relationship with my mother, my brother and those around me. I find it interesting to discover the banal routine, the banality of normality. »

Her biggest challenge was the selection of memories she agreed to entrust. Because to her desire to tell herself was added a little embarrassment to want to keep for her certain moments of her childhood. “I selected what I thought would be interesting for the reader, but above all what I believe is important to tell. »

Writing was an easy exercise for the young woman, who explains that she had a very beautiful childhood “with banal traumas” that made her who she is today.

“No one will read this book thinking: we are talking about Mariana Mazza, she believes. We will read it thinking that these are snippets of stories in the life of an ordinary person. It's a life like any other! I think it's the simplicity of the story that's interesting. »

Does she sometimes feel a mini-feeling of impostor working in several disciplines at the same time (humor, cinema with the recent Lines of flight and Maria, in 2021, literature, painting)?

“Not at all,” she says. I don't owe anyone anything. I don't have to give an explanation because I want to do something. I think we have to stop justifying ourselves in what we do. If the thing is well done and done with heart and passion, we have nothing to say. »