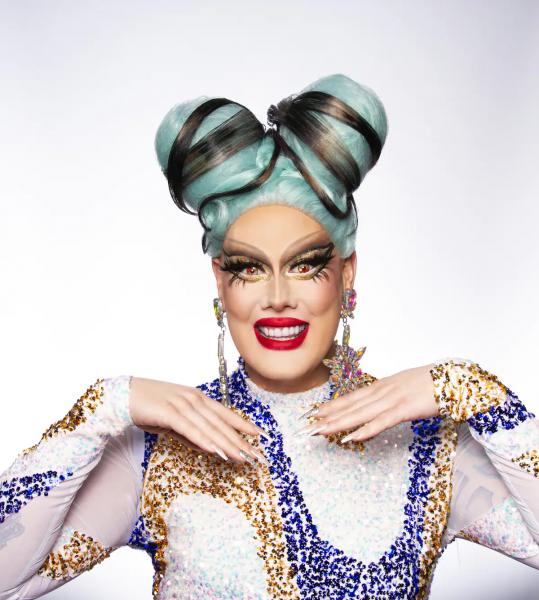 Rita Baga will be at the helm of the 'Drag Superstars' show, which will take place at the Esplanade of Montreal's Olympic Park early next month.

The imposing drag show – one of the biggest of its kind in the country – organized as part of the Montreal Pride festival will highlight a plethora of artists from Canada, the United States, France and the Kingdom -United.

In all, they will be close to a dozen to come from Montreal and Toronto as well as a dozen from abroad. Most of the international guests are ex-participants of the franchises of “RuPaul's Drag Race” and “Queen of the Universe”, among others, Nicky Doll, La Big Bertha, Lawrence Chaney, Tayce, Ada Vox and Jasmine Kennedie .

After programming the Montreal Pride festival for 7 years, Rita Baga is happy to find the programming team. “I selected high-calibre artists from here and elsewhere, to concoct an extravagant evening, but also the largest free drag show in the country bringing together international “stars”, she indicated in a press release.

The “Drag Superstars” show will take place on Thursday, August 4 at 8 p.m. on the TD Stage at the Esplanade of the Olympic Park.

Rita Baga is currently on tour for “Créature”, his first large-scale “one drag show”. She will be at the helm of the show “Drag Race Belgique” and “La Drag en Moi”, broadcast on Crave, from August 7.