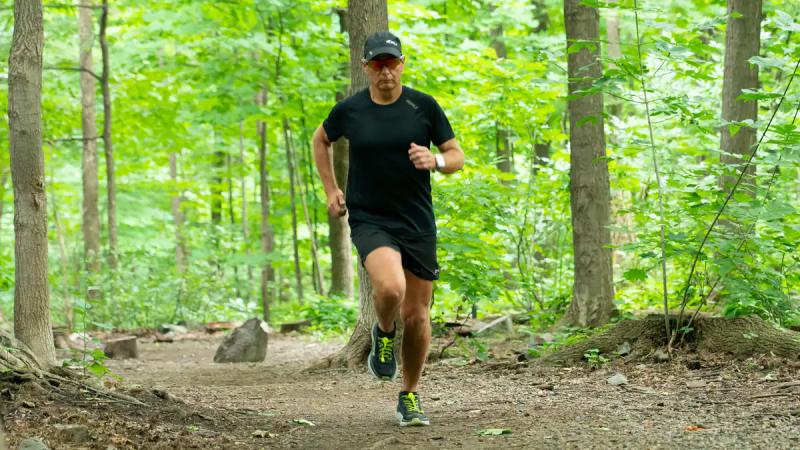 Runner Patrick Michel completed his 270 km race, spread over four days, separating Sainte-Justine Hospital, in Montreal, and the Sources Cap-Rouge IGA grocery store, in Quebec City, in the purpose of raising funds for the young Malik Fontaine, who is struggling with acute lymphoblastic leukemia.

The child who celebrated his fifth birthday on Sunday was at the finish line to welcome Patrick Michel. Even though he was not in great shape, due to the treatments he received throughout the week, Malik could witness the full outpouring of support for him. His older brother, among others, joined the race for the last kilometer, and he even received a birthday present from the firefighters, who escorted the runners for the last five kilometers, having permission to board the truck red.

“I don't think he realizes it. He knows there is something special that has been done for him. He was still happy to see it all happen, said Martin Fontaine, Malik's father, when reached on the phone. But he's weakened, so he doesn't have the same emotions he would normally have.”

The emotions were palpable when Patrick Michel crossed the finish line. They were particularly so for Malik's father, who followed the runner on his bike on each of the four days, over the whole of the 270 km.

“Of course he There's a bit of an emotional moment when you see people crying because someone has done something for them. I found it particularly moving. Luckily I had my glasses,” said Patrick Michel.

“It was very moving. It was special. It was the fireworks, the moment I had been waiting for since the start, added Martin Fontaine. I was very emotional. The tears flowed. I was seeing the people and it was an explosion inside for me.”

Former work colleagues, the two men lost sight of each other when Malik's father and mother, Martin and Mélanie, moved to Quebec. Patrick Michel, however, decided to do this endurance test when he was made aware of the situation. He had the chance to meet Malik for the first time at the finish line.

He also hopes that more experienced runners like him will put their talent to good use in the future. , in order to help as it does. instead of doing it for medals.

“We are in a society where, every time someone needs something and talks about it, a lot of people disappear. Their friends aren't there to support them necessarily. At work, there is not a lot of support for moms who have to stay home because their child is sick.”

Martin and Mélanie have received a lot of help since their son's diagnosis. Both parents are very grateful, no matter how the help arrives.

In terms of crowdfunding, their campaign has raised nearly $21,000 at the time of writing these lines, with a target set at $25,000.

“My partner and I are still uncomfortable accepting all of this, but it's heartwarming to have help,” explained Martin Lafontaine.

“He it's not just the money. We have a lot of help, physically, from our relatives who prepare meals for us, who come to do the cleaning, who babysit. All this help is also important.

“People were told: 'It is not necessary to give money. There are also blood donations.' Malik has had three transfusions in the past six months. Without a blood transfusion, Malik could no longer be here. Donating blood is a gift that we also respect. It may not go directly to Malik, but if someone donates blood, it will go to someone who needs it.”

The next year will be a particularly difficult one. for the young boy who has just blown out five candles. He will receive intense treatments over the next 27 weeks, for a full two-year treatment period.