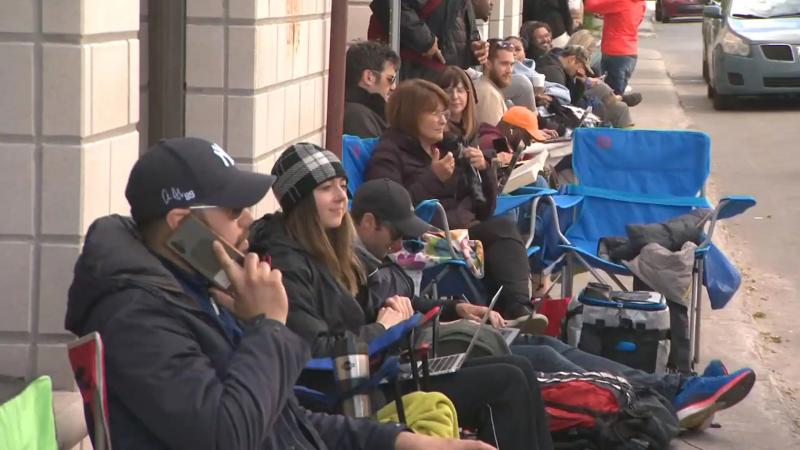 Never has the Chicoutimi passport office been so popular for passport applicants from outside the region.

There were more than one hundred Tuesday morning queuing. “I saw that there were around 500 this morning at 4:00 a.m. in Laval, so I drove to Saguenay,” said a Laval resident whose flight is scheduled for Wednesday evening.

Another Laval resident, Alain Lavoie, arrived in Saguenay yesterday morning, and spent the last night outside the office. “I slept maybe three hours in my car. There weren't many people, but around 4:00 a.m., it started to clump together,” he said

At the beginning of the afternoon, he had become disillusioned. “I don't think I'm going to pass today. My trip is threatened, but I have no choice but to stay here,” he explained annoyed.

For the sake of efficiency, the authorities at the Chicoutimi office had divided the queue into two: those whose departure is in a maximum of 24 hours, and the others, in 48 hours or more.

Even those who got their passports were in a new race against time. “Our flight is tonight at 7:30 p.m., so we're leaving right away,” said a woman around 11:30 a.m.

“They told us that we would be given priority because our flight is tonight, added Hélène Labarbe, of Greenfield Park. The staff is very nice here.”

However, at lunchtime, a small setback occurred. Bureau officials have advised travelers that the most urgent cases will need to be handled, among the most urgent for the rest of the day, depending on the date of the request.

“Our flight is tomorrow afternoon at 1:30 p.m. Even if we are given our passports tomorrow morning at 8:30 a.m., we will never be on time at the airport, unless we drive at 200 km/h, which is impossible,” lamented another person.

< p>Two men of Algerian origin feared having to cancel their flight, one on Thursday June 23 and the other on Saturday June 25. “Two thousand four hundred dollars”, sighed one of them.

“I mentally prepare myself not to travel, and to lose my ticket”, said, for his part, his friend .

A Montrealer, whose departure is “only” on July 3, has been invited to return next week. “We're going back to Montreal,” she said, eyes full of water.

Alain Lavoie, he summed up the general spirit of the applicants. “I can't believe no one will be held accountable for this mess,” he hissed. There are leaders up there who haven't done their job. When we talk about a Banana Republic, we are right in it!”