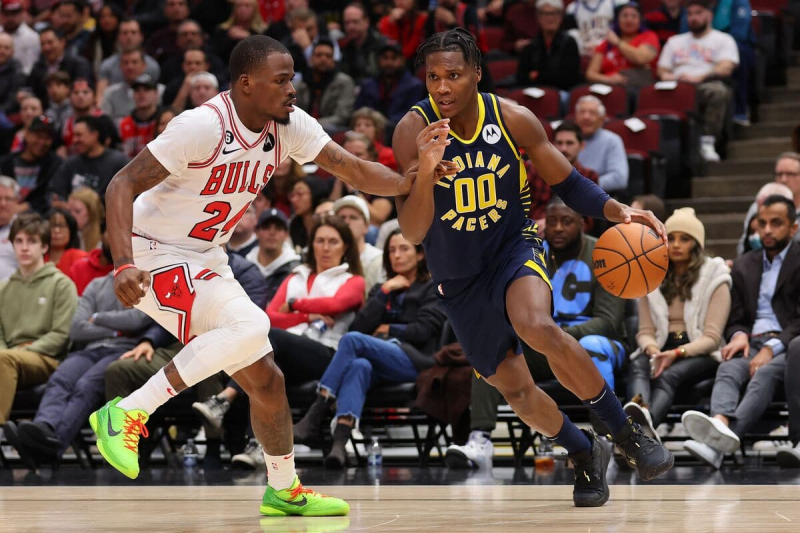 Bennedict Mathurin does not know the start of his career hoped for collectively with the Indiana Pacers, who suffered a fourth loss in five games on Wednesday at the United Center. This time they lost 124-109 to the Chicago Bulls.

The visitors were never really in the game, seeing the crowd favorites afford a priority of 20 points from the first moments of the second quarter. The Bulls finally retired to the locker room at halftime with a 19-point lead.

The Pacers looked set to come from behind in the third quarter, closing the gap to four points at one point, but hopes were quickly dashed.

On a personal level, Mathurin did not have the best outing of his young career. In 26 min 32 s on the floor, the Quebecer only managed three of his 11 shots, missing his three from downtown. He did, however, make nine of his 10 free throws. He also added two rebounds and four assists.

Buddy Hield was the Pacers' most productive player with 24 points. As for the Bulls, Zach LaVine was sparkling with 28 points.

Mathurin and the Pacers will now try to collect their second win of the season, Friday in Washington, where they will visit the Wizards.