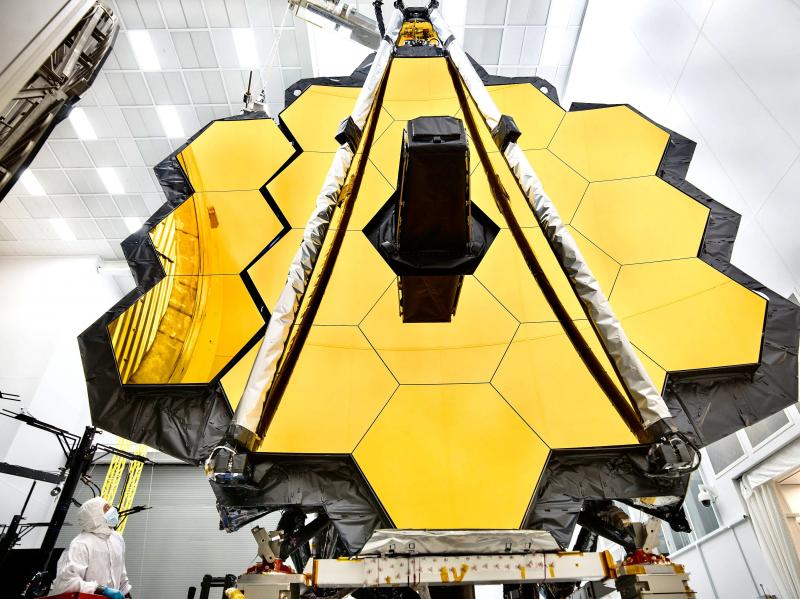 For the second day in a row, space enthusiasts around the world will be hanging on their screens: after a sumptuous first image unveiled the day before, the super-powerful James Webb Space Telescope has more wonders in store on Tuesday , with the publication of new color images by NASA.

On the program: two nebulae illustrating the life cycle of stars, an exoplanet, and a compact group of galaxies.< /p>

The event is to be broadcast live from the Goddard Space Center in Maryland, near Washington in the United States, at 10:30 a.m. local time.

On Monday, a first image taken by the telescope, illustrating the times distant parts of the cosmos, was unveiled, in the presence of US President Joe Biden, who hailed a “historic” moment.

The photo, which is full of details, shows galaxies formed shortly after the Big Bang, more than 13 billion years ago.

One of James Webb's primary missions — a $10 billion engineering gem and the most powerful space telescope ever designed — is indeed the exploration of the very young Universe. This first demonstration was intended to give an overview of its capabilities in this area.

But it was just one of five targets announced by NASA for this surprise bag, which officially marks the start of scientific observations of the telescope, and whose contents had so far been carefully kept secret in order to raise the suspense.

The images of two nebulae — very photogenic and gigantic clouds of gas and dust — will be unveiled on Tuesday, and promise to be spectacular.

The nebula of the Carina, located about 7600 light-years away, should illustrate the formation of stars. It is home to many massive ones, several times the size of our Sun.

The Southern Ring Nebula is a so-called planetary nebula (although it has nothing to do with planets): it is a huge cloud of gas surrounding a dying star.

The last cosmic object whose observation will be revealed on Tuesday is an exoplanet, that is to say a planet in orbits around a star other than our Sun — one of James Webb's main lines of research.

It was not actually photographed, but analyzed by spectroscopy, a technique used to determine the chemical composition of a distant object. In this case, WASP-96 b, a giant planet composed mainly of gas.

By combining the data obtained previously thanks to other telescopes and those by James Webb, “we will probably be able to detect water vapor” in its atmosphere, estimated with AFP José A. Caballero, astronomer at the Centro de Astrobiologia in Spain and specialist in exoplanets.

These data “will be interesting for me to see the capabilities of the telescope and the instruments,” he added, although he considers this first exoplanet to be a bit “boring”, and looks forward to smaller and less hot ones. observed.

Launched about six months ago

James Webb was launched into space about six months ago on the day of Noël, from French Guyana by an Ariane 5 rocket. Resulting from an immense international collaboration, and in project since the 1990s, it is stationed 1.5 million kilometers from the Earth.

The publication of these first images marks the beginning of a huge scientific adventure, which should extend over many years and transform our understanding of the Universe.

Researchers from all over the world have reserved time to observation with James Webb, whose program for its first year of operation has already been carefully determined by a committee of specialists, and r public.