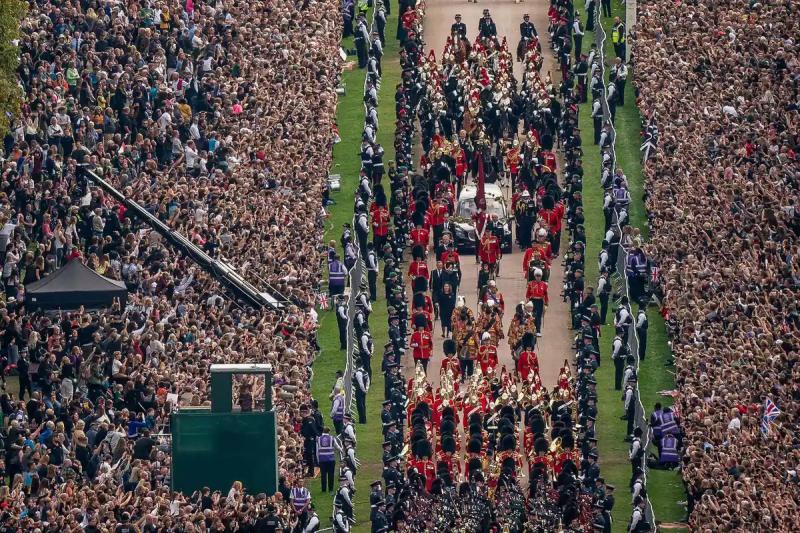 More than 250,000 people waited for hours, queuing for miles, to pay their respects to Queen Elizabeth II's coffin in the days before her funeral in London, the British government said on Tuesday .

Before a grandiose state funeral in London on Monday, then a private burial in the chapel of Windsor Castle, the coffin of the sovereign who died on September 8 at the age of 96, including 70 years of reign, had been exposed day and night for five days to the public in Westminster Hall, the oldest part of Parliament.

“Over 250,000 (people) have passed through Parliament, that's a ballpark figure at the moment,” Culture Minister Michelle Donelan told Sky News.

Asked about the cost to the taxpayer of the funeral, she said she did not know, but said she felt the British would consider it 'money well spent'.

< p>“Thousands of people were seen” coming for the funeral “and I think no one can suggest that our late monarch did not deserve this farewell, given the duty and selfless service to which she had committed herself for over 70 years,” she added.

“I always saw our late monarch as the glue that held our society together,” she continued.

The United Kingdom resumed on Tuesday the course of its life which had been suspended for 12 days by the emotion and the commemorations linked to Elizabeth II.

If the sovereign dominates th t the front page of the British press on Tuesday, the cost of living crisis and social movements should quickly come to the fore.