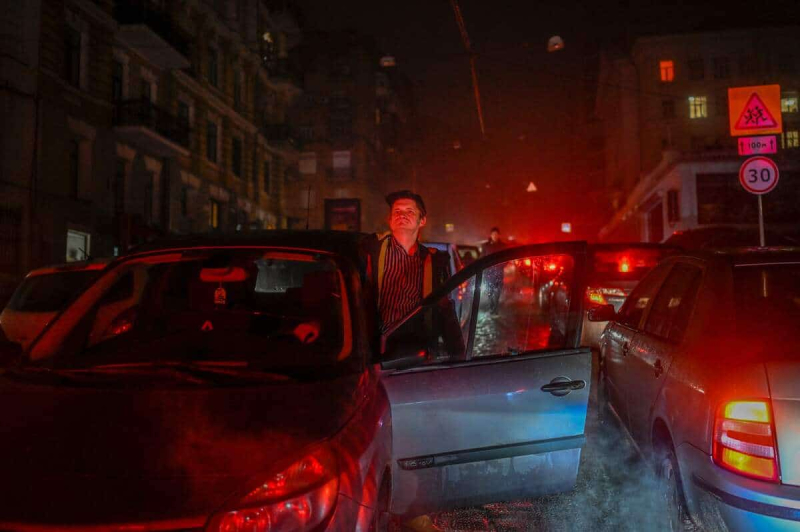 “Tonight (Friday) blackouts continue in most regions and in Kyiv. More than six million households in total”, compared to almost 12 million on Wednesday, the day when these massive bombings took place, Mr. Zelensky said in his daily address.

Moscow's strategy of bombing Ukrainian energy facilities, followed since October against the backdrop of military setbacks, is a 'war crime' for Ukraine's Western allies and called a 'crime against humanity' by the president Zelensky, who earlier in the day visited Vyshgorod, a city north of Kyiv where strikes left six dead and dozens injured on Wednesday.

Kyiv – with some 600,000 homes without power in the evening – and his region, as well as the provinces of Odessa (south), Lviv, Vinnytsia (west) and Dnipropetrovsk (center-east), are the most affected by the cuts, he added, calling on Ukrainians to save electricity in areas where power has been restored.

“We have to endure this winter – a winter everyone will remember,” he stressed on Facebook .

He had earlier in the day visited Vyshgorod, a city north of Kyiv where the strikes killed six people and injured dozens on Wednesday.

Engineers continued to repair the damage across the country .

In the capital, “a third of Kyiv's homes already have heating, specialists are continuing to restore it. Half of the users are still without electricity,” said its mayor, Vitali Klitschko.

“During the day, the energy companies plan to connect electricity for all alternating users”, he assured, at a time when temperatures were around zero degrees and when the rain was in the game.

In his apartment where gas for cooking and heating were disconnected, Albina Bilogoub explained that her children now all sleep in one room to keep warm.

“It's our life. A sweater, then a second, a third. We live like that now,” she said.