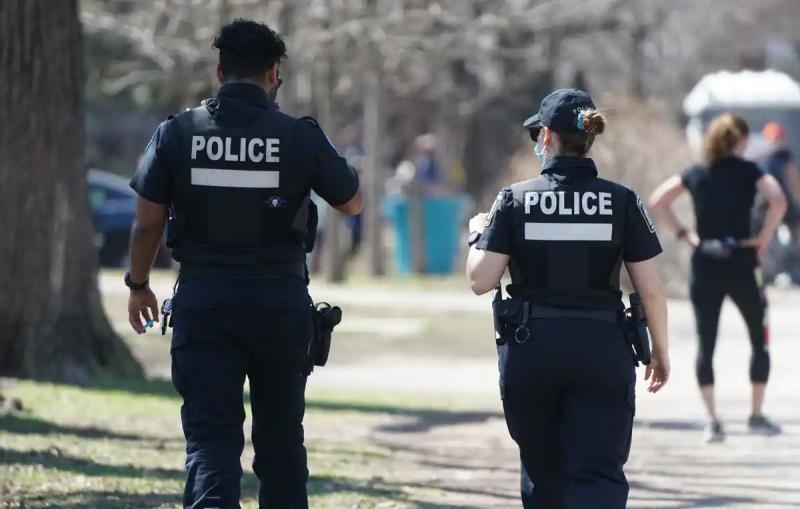 At least 71 Quebec police officers were slapped on the knuckles for non-compliance with health measures, while peace officers were at several times responsible for enforcing them.

“It is ironical. It's a bit like saying: do as I say, but not as I do,” commented retired police officer François Doré.

In Terrebonne, 28 police officers received an administrative notice of three situations that occurred outside of their work, while this small police force has only about 220.

In Longueuil, at least 21 police officers were subject to measures disciplinary for a similar reason since the beginning of the pandemic.

In Gatineau, 10 police officers were sanctioned, including 8 in connection with a rally.

How to explain that they were punished for events that occurred outside of work?

< p>“They have to be a role model in a way. You cannot undo with your left hand what your right hand does”, image François Doré.

At the height of the health crisis, the police had the role of giving tickets to citizens who gathered in too large numbers or who defied the curfew.

However, at least 71 of between them have been warned, punished, or have been the subject of an internal investigation in connection with health measures, according to data obtained by Le Journal from all police forces.

The figures are not exhaustive, however, since large police forces such as the Sûreté du Québec and the Service de police de la Ville de Montréal have not provided theirs.

Some cases of police officers who displayed their conspiratorial beliefs have also been publicized, such as that of ex-agent Maxime Ouimet.

He had put in the embarrassed Laval police with his publications, before resigning in October 2020. He was also found guilty of harassing a journalist.

Three agents of the Sûreté du Québec (SQ) were also transferred to administrative tasks after taking part in an assembly of followers of the conspiracy movement in December 2021, published Le Journal this winter.

They have since reinstated in their original functions, indicates the SQ.