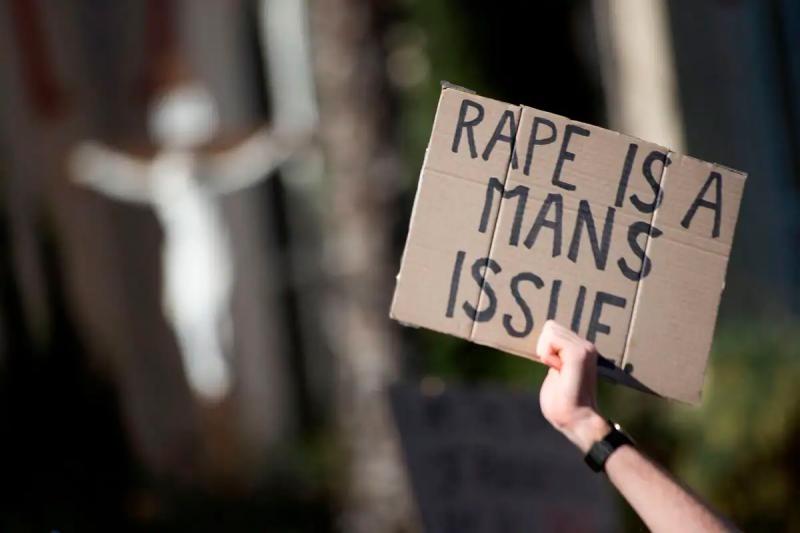 More than 80 people appeared in a South African court on Monday after the gang rape of eight women caused immense shock in a country accustomed to violent crime, but without being prosecuted for these specific facts.

On Thursday, a gang of gunmen broke into the set of a music video and raped eight young women who were part of the cast, near Krugersdorp, a small town west of Johannesburg.

No one has yet been charged in the gang rape, but police have blamed illegal immigrants working in the mines in the area – known locally as Zama Zama – and arrested 84 people in a raid .

Two other suspects were killed in a shootout with police and a third was injured, according to police sources.

On Monday, those detained began appearing in court, on the grounds that they entered the country illegally and possess stolen property.

National Police Chief Fannie Masemola said clarified that an investigation is underway to determine if these suspects are involved in the rape.

A small group of protesters gathered outside the court demanding justice, with placards reading “No bail for rapists”, “Am I next?” or “My body is not a crime scene”, noted an AFP journalist.

On Monday, President Cyril Ramaphosa described these “horrific acts of brutality” as ” an affront to the rights of women and young girls”, believing that “rapists have no place in our society”.

“What happened in Krugersdorp is simply a shame for the nation”, added the Minister of Police, Bheki Cele, during a press briefing, affirming that the victims would suffer from it “for life”.

This drama has fueled the pre-existing debate in South Africa on whether or not to introduce chemical castration for rapists.

He is also mounting pressure on the government, with his critics saying that order are ill-equipped to tackle crime in the country, which has one of the highest homicide rates in the world and which was recently hit by a series of shootings me urters.