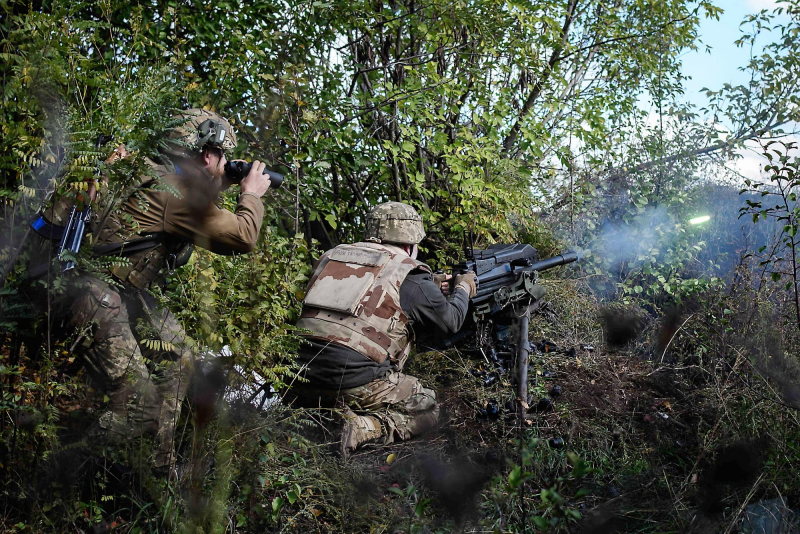 Despite the Russian bombing, Ukrainian troops said Wednesday they were continuing to recapture localities in the south of the country, while celebrating the arrival of new military aid.

The Donetsk military press service on Wednesday captured the bruised bodies of victims of a Russian attack lying on the ground of a market in Avdiivka.

Various states have again announced that they will send armaments to the Ukrainians, in particular so that they can limit Russian access to the skies of Ukraine.

The Minister of Defense of Ukraine, Oleksiï Reznikov, has already hailed “a new era of air defense” with the arrival of the IRIS-T system from Germany and the upcoming delivery of American NASAMS.

The Trudeau government announced on Wednesday the supply of $47 million in armaments and approximately 400,000 winter items.

The member countries of the G7 assured Wednesday that they will continue to support Ukraine “as long as necessary” to deal with the Russian invasion and its economic consequences.

In a landscape marred by the damage of a Russian attack in Kyiv, a couple kissed in a park on Wednesday.

At the same time, French President Emmanuel Macron called on his Russian counterpart, Vladimir Putin, to return to the negotiating table, accusing him, among other things, of violent attacks in recent days.

Meanwhile, the President of Russia must now contend with attacks that target his own territory.

You have any scoop to send us?