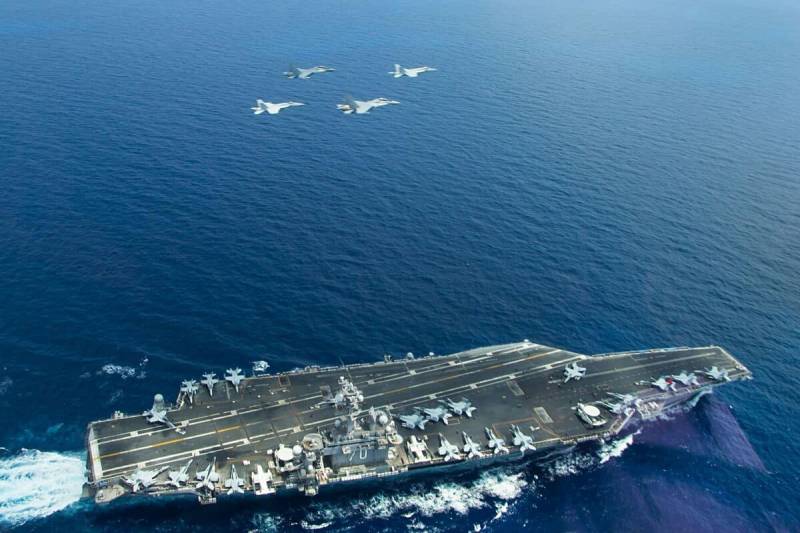 Russia and China have carried out joint aerial patrols in the Asia-Pacific, the Russian military announced on Wednesday, amid the conflict in Ukraine and the rivalry between Beijing and Washington.&nbsp ;

For its part, the South Korean army announced that it had taken off fighter jets after six Russian and two Chinese warplanes entered its air defense zone without warning. The aircraft eventually all left the area and did not violate South Korea's airspace, she said.

According to a Russian Defense Ministry statement, a squadron of Russian and Chinese strategic bombers “carried out an air patrol over the Sea of ​​Japan and the East China Sea.”

The flight common lasted about eight hours, and on some legs of their route, the Russian and Chinese bombers were “escorted by fighter jets from foreign states,” the Russian ministry explained.

“No violation of foreign airspace has been committed”, underlined the Russian ministry, assuring that these patrols were carried out within the framework of a Russian-Chinese military cooperation plan for 2022 and “are not directed against third countries”.

This announcement comes against the background of an increasingly accentuated turn of Russia towards Asia, in the context of a growing isolation of Moscow on the scene international community and unprecedented Western sanctions against it due to the conflict in Ukraine.

The patrols also come as rivalries between China and the United States intensify, particularly in the Asia-Pacific region where Washington and Beijing are in increasing competition. Everyone wants to assert their influence, particularly on the issue of North Korea, of which China is the main ally while Washington is South Korea's main ally.

A few hours later, they returned to the area from the East Sea, also known as the Sea of ​​Japan, accompanied by Russian military aircraft, including two SU-35 fighters and four TU-95 bombers, the South Korean General Staff added.

“Our military deployed Air Force fighter jets even before the Chinese and Russian jets entered the KADIZ to take tactical action in case of the unexpected,” the JCS said in a statement. .

The incident comes as Washington pushes China to use its influence to help rein in North Korea, which has launched a record slew of missiles this year.

Washington has accused China and Russia of shielding Pyongyang against any new sanctions.

In May, the two countries vetoed a US initiative to tighten sanctions against North Korea in response to its previous missile strikes.