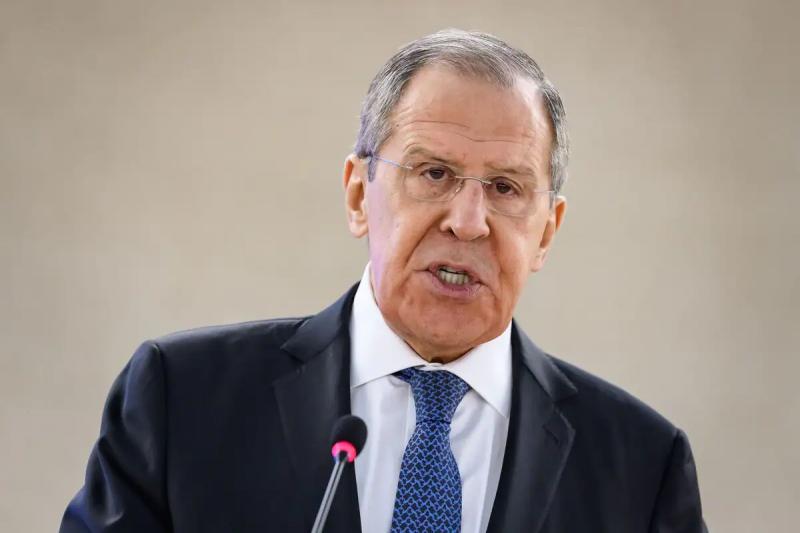 NATO ended its summit in Madrid on Thursday on the observation by Moscow that a new “iron curtain” was falling in Europe at a time when Ukraine, on the strength of renewed support of the alliance, took back from the Russians a symbolic and strategic island for the control of the maritime routes.

“The Iron Curtain, in fact, is already coming down,” Russian Foreign Minister Sergei Lavrov said at a press conference in Minsk, using the term that made history. of Europe during the Cold War, and only fell with the fall of the Berlin Wall in 1989.

“This iron curtain is erected today by the Westerners themselves,” added his Belarusian counterpart Vladimir Makeï, whose country is an ally of Moscow in its confrontation with the West.

Moscow and Minsk reacted to the summit on Wednesday and Thursday of the Atlantic Alliance which reaffirmed its massive support for Ukraine. Its new strategic roadmap now names Russia as “the most significant and direct threat to the security of the allies”, and denounces attempts by Moscow and Beijing to join forces to “destabilize the international order”. p>

The allies have announced new military aid to Ukraine: British Prime Minister Boris Johnson announced an addition of one billion pounds (1.16 billion euros), Joe Biden a new tranche of 800 million dollars. As for French President Emmanuel Macron, he has planned the revision of the country's military programming, stressing that “we must now, entering a period of war, know how to produce certain types of equipment faster, stronger”.

Finally, German Chancellor Olaf Scholz considered “ridiculous” the accusation of Russian President Vladimir Putin who had affirmed on Wednesday evening – taking up a leitmotif of the Russian narrative – that NATO had “imperialist ambitions” towards Russia.

“It is rather Putin who has made imperialism the goal of his policy” by saying that the neighboring countries were “part of his country”, added the German chancellor, who promised to make the German army from now on the first conventional army in Europe, also breaking with the détente born of the fall of the Berlin wall more than thirty years ago.

China, a circumspect ally of Moscow and cautious in the Ukrainian crisis, contented itself with declaring that NATO, which described Beijing as a “challenge” to its interests and its security, “obstinates (…) to smear Chinese foreign policy”.

As for Turkish President Recep Tayyip Erdogan, who is striving – while supplying deadly drones to Ukraine – to maintain contact with the two parties and to mediate, he called for “intensified efforts” to a ceasefire.

“For Turkey there will be no losers with peace”, he declared to the press at the end of the summit of NATO, of which his country is a member.