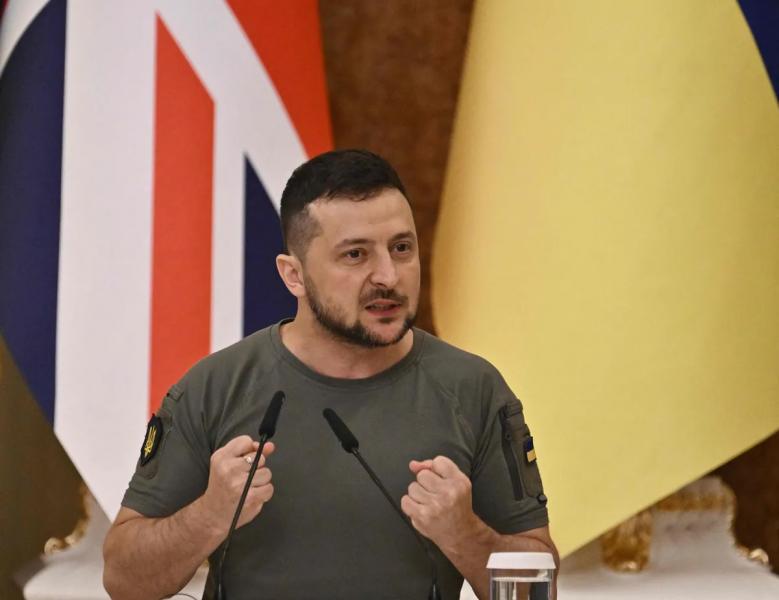 Moscow hopes to “break” Ukrainian resistance in the winter, counting on heating problems in Ukraine and a possible weakening of Western support for Kyiv due to rising energy prices in Europe, warned President Volodymyr Zelensky.

“Russia is doing everything to break the resistance of Ukraine, Europe and the world during the 90 days of this winter,” he said during the annual Yalta European Strategy (YES) international forum in Kyiv. “It's his last argument”.

“The brutality of winter is supposed to help when the brutality of man is no longer enough”, he added against the backdrop of the takeover by the Ukrainian army of important territories in the east of the country.

Russia could thus target with its strikes “companies and infrastructures that provide heating” in Ukraine, he assured, calling in this context on the West to provide Kyiv with more anti-aircraft defense systems.

For Mr. Zelensky, Moscow could also “reduce to zero” its gas deliveries to Europe in order to force Western capitals to seek compromises with Moscow.

“We must prepare societies (…). The winter will be hard for everyone, from Latvia and Poland to Great Britain and the United States,” said Mr. Zelensky. “We have to survive this winter”.

He called on Westerners to stand united against Russia, warning of “fatigue” over the war in Ukraine.

“Ukraine's support in its war must be maintained”, underlined the Head of State. “We need concrete things: weapons, missiles, financial and political support,” he explained.

“Don't expect enough to be said. There will not be + enough + until we have won, ”insisted Mr. Zelensky.

He finally warned against attempts by Westerners to “push” Kyiv into compromise with Moscow.

“We can't afford to stop. This is my main message to (…) certain leaders who push us into the arms” of Russia, declared Mr. Zelensky whose country, according to the government, depends on Western aid for 40% of its budget. military.

According to a Ukrainian news site, US Secretary of State Antony Blinken raised the idea of ​​resuming peace talks with Moscow, categorically rejected by the Ukrainian authorities, during his meeting with Mr. Zelensky on Thursday in Kyiv.