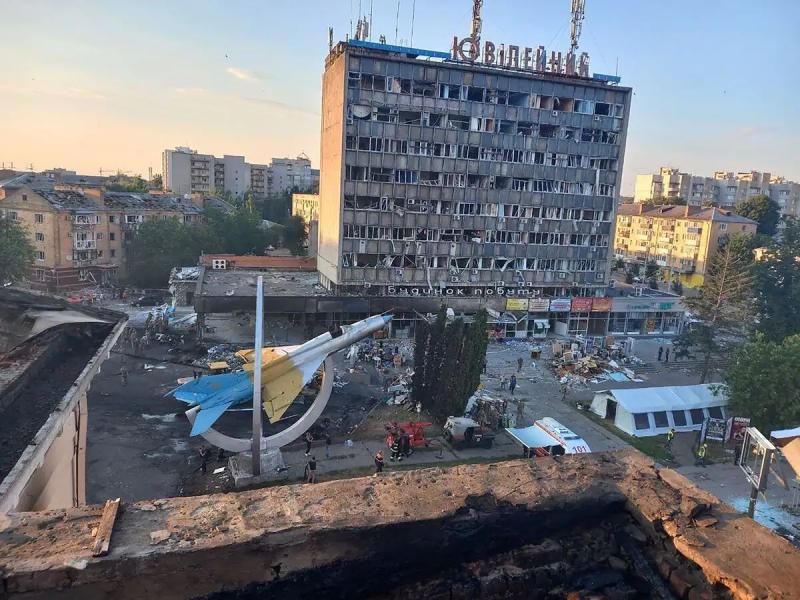 The Russian army claimed on Friday to have struck a meeting of the Ukrainian air force in Vinnytsia, a city in central Ukraine far from the front lines, a deadly bombardment denounced by the international community.

The Russian Ministry of Defense explains in a statement that Kalibr missiles fired from the sea hit the “officers’ house” in this city where a meeting was held of the “Ukrainian Air Force Command with representatives of foreign arms suppliers”.

“Because of this strike, the participants in the meeting were eliminated,” he added.< /p>

Russia has never acknowledged any blunders or crimes by its armed forces in Ukraine and ensures that it systematically strikes only military targets.

It accuses Ukraine of staging bombings or executions of civilians by Russians.

According to the Ukrainian army, the missiles hit the parking lot and a commercial building in the center of the city, housing offices and small businesses.At least 23 people were killed.

The UN Secretary General s is said to be 'appalled' and the EU has denounced further Russian 'atrocities'.