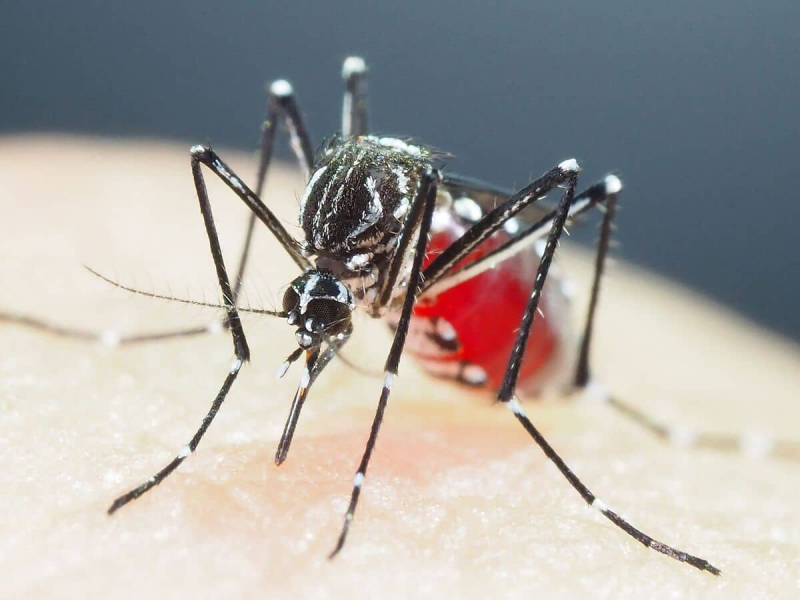 Spreading insecticides in mosquito-infested areas is a common practice in tropical and subtropical regions. Resistance was already a concern but the extent of the problem was not precisely known until now.

Japanese scientist Shinji Kasai and his team have studied mosquitoes from several Asian countries and Ghana, and found genetic mutations that make some of them immune to widely used insecticides like permethrin.

“In Cambodia, more than 90% of Aedes aegypti mosquitoes, the main vector of dengue, Zika, chikungunya and yellow fever viruses, have a combination of mutations resulting in an extremely high level of resistance”, according to Mr. Kasai , interviewed by AFP.

This director of the department of medical entomology at the Japanese National Institute of Infectious Diseases has discovered that certain types of mosquitoes that are supposed to be 100% killed by insecticides do not were more than 7%. And even a toxic dose ten times higher killed only 30%.

Resistance levels vary by region. They are “totally different” between Cambodia and Vietnam, for example, according to Mr. Kasai.

His work also revealed that in Ghana, parts of Indonesia and Taiwan, existing insecticides were still working for the time being.

Resistance to insecticides has also been found in the “tiger mosquito” Aedes albopictus, but at lower levels.

This study published at the end of December by the journal Science Advances shows that “commonly employed strategies may no longer be effective in controlling populations of harmful mosquitoes”, according to Professor Cameron Webb, an expert from the University of Sydney interviewed by AFP. .

New chemicals are needed, but authorities and scientists must also consider new methods of protection, such as vaccines, Webb said.

Only a few dengue vaccines are currently available, that of the Japanese pharmaceutical group Takeda was approved last year by Indonesia and then the European Union, while the use of that of the French Sanofi is very limited because it can aggravate the disease in people who have never had this virus before.

Dengue fever cases have increased dramatically worldwide over the past 20 years, with between 100 and 400 million infections per year, according to the World Health Organization (WHO). Over 80% of cases are mild or asymptomatic, but life-threatening complications exist.

Mr. Kasai, who fears that the super-resistant mosquitoes he has identified will spread elsewhere in the world “in the near future”, also recommends varying the insecticides more, but the problem is that their modes of action are often similar. .

Alternatives are to step up efforts to eliminate mosquito breeding grounds or to sterilize male mosquitoes via Wolbachia bacteria, an innovative method that has already shown encouraging results locally.&nbsp ;

Where and when insecticide resistance mutations in mosquitoes arose remains a mystery.

Mr. Kasai is now expanding his research to other parts of Asia and also looking at more recent samples from Cambodia and Vietnam to see if anything has changed from his previous study which looked at the period 2016-2019. < /p>