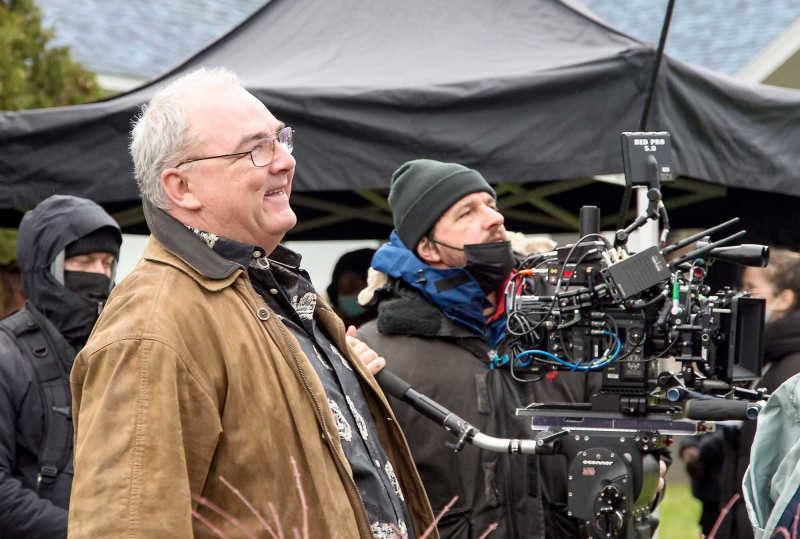 So what happened to Noémie Paradis? Three years after the death of the teenager – it was concluded to be a suicide – her older sister Jen, who has just had an imminent death experience (EMI), returns to her hometown to carry out her own investigation, convinced that her younger sister was instead murdered.

Such is the backstory of the intriguing series Motel Paradis, a new offering from Club illico directed by Sophie Deraspe, who also co-signs the screenplay with Stéphane Hogue (Indefendable). The filmmaker of Antigone, for whom this is the second TV foray after Bête noire, takes us to the lost village of Val-Paradis, where not everyone is happy to rehash the past.

It should be noted that the body of Noémie (Vivi-Anne Riel) has never been found. It was concluded that it was a voluntary gesture, the all-terrain vehicle driven by the young woman having been left on the edge of a river with her personal effects. But the images that have haunted Jen since her NDE – she sees Noémie with sand dripping from the sleeves of her clothes – could suggest that she has been buried. A black bus also enters the equation.

Jen and Alain, two wounded souls in search of balance, both seek the truth. They want to redeem themselves, in their own way, and the investigation that begins is more than a simple call to turn over all the stones. It is an “investigation of the soul”, director Sophie Deraspe told Agence QMI last Tuesday, on the sidelines of the viewing of the first two episodes as part of the Festival du nouveau cinema (FNC).

Back and forth between present and past reveals elements bit by bit, which increases the mystery and quickly makes the story addictive. But who is behind this tragedy? The images are very beautiful and very cinematic.

Upon her return to Val-Paradis, Jen finds her mother Brigitte ( Isabelle Guérard), still devastated by the death of her youngest and who left the family motel to drift. It is in this same motel, more precisely in room 35, that a decisive discovery will bring water to the mill of Jen and Alain.

Jen is also hired at the bar – the best place to hear everything, know everything – by the manager William (Guillaume Laurin), who dabbles in petty shenanigans and maintains ambiguous ties with Popo (Larissa Corriveau), a colorful character. Jen is also reunited with her ex Simon (Rémi Goulet), who is now dating her best friend Stéphanie.

Martin Dubreuil, Anick Lemay, Chanel Mings, Alice Pascual, Éric Robidoux and Gildor Roy also carry the plots. The latter embodies the disturbing businessman Rich, who leads the way in Val-Paradis. You have to wait until the third episode to meet her.

Note that the music of the talented Frannie Holder, from the bands Random Recipe and Dear Criminals, is captivating and helps to instill a good dose of tension and emotion to the series.

Produced by Zone3, in collaboration with Quebecor Content, the six episodes of Motel Paradis will be available from October 27 on Club illico.