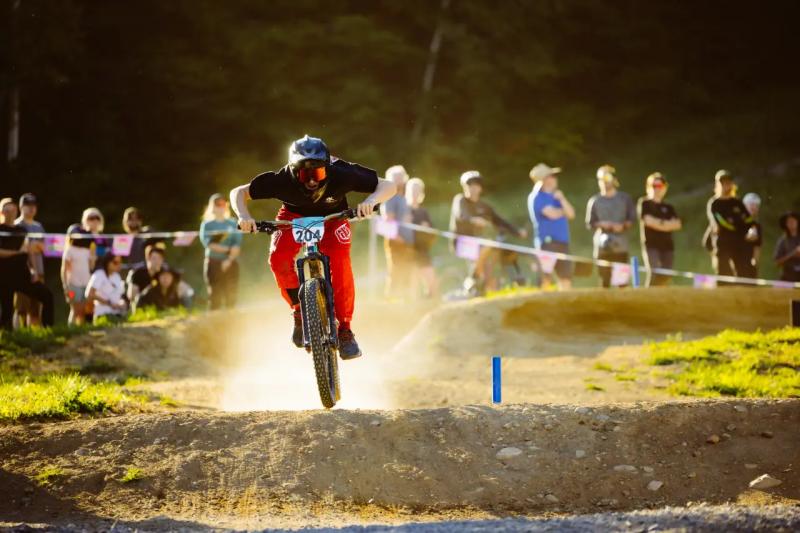 You never get a second chance to make a good first impression. Mission accomplished for the inaugural edition of the Crankworx Summer Series in the Quebec City region, which attracted more than 350 participants and could become an annual tradition.

The Labor Day long weekend took place under the sign of mountain biking with five events contested at five sites.

If the highlight of the show turned out to be the dual slalom at Mont Sainte-Anne, as well as the slope style at the Sentiers du Moulin in Lac-Beauport, other competitions highlighted the festive and relaxed spirit of the event. The Massif de Petite-Rivière-Saint-François was also the scene of a race for young people, while the Vallée-Bras-du-Nord, in Portneuf, hosted the Air Downhill.

“It was a first in Quebec and we hope to come back. The logistics of organizing five events on five sites were not easy, but it is unique to Quebec and it deserves to be celebrated year after year,” noted Micah Desforges, founding president of Tribu, who produced the 'event.

The Crankworx series was established over 25 years ago and currently rides in Whistler, as well as Austria, Australia and New Zealand as part of a World Tour circuit.

The Summer Series section, which is intended to be the antechamber of the World Tour, allows local talent to be unearthed by serving as qualifying stages.

Two athletes from the Quebec City region, Gabrielle Simoneau and Maude Drolet, have qualified for the Whistler stage in 2023.

Three Quebec athletes have earned their pass for the Whistler stage, in 2023.

Since the World Tour athletes who were present were ahead of them on the first step of the podium, the Quebecers who followed in second place automatically qualified for Whistler.

“It was a great opportunity to showcase the region, in a festive, unpretentious atmosphere. We think there is room for a five-day mountain bike festival, which touches the athletes, while wanting to be a nice call to all to participate, ”said Micah Desforges.

The Quebec City event was the only one in Eastern Canada and Tribu obtained the mandate to organize it for three years. It remains to be seen whether he will return to Quebec or elsewhere.

“We are looking for sponsors and funding for 2023. We think that Quebec City, with its facilities, is quite a mecca in the east of the country for mountain biking” , concluded the organizer.