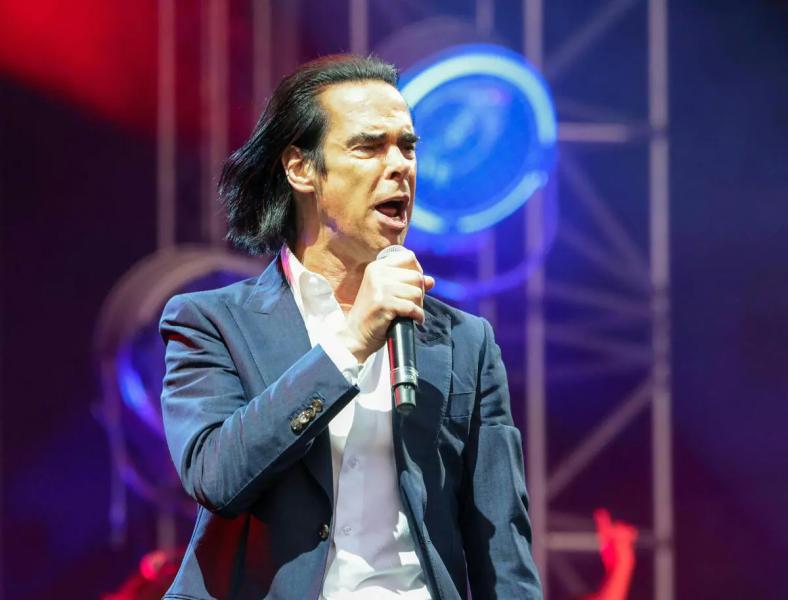 He has lost two of his sons in the past seven years and has taken refuge in music, with concerts more cathartic than ever: the arrival of Nick Cave, a tormented rock preacher, is one of the events Friday of the Rock en Seine festival, near Paris.

“Nick Cave has experienced very painful episodes, music is a particular outlet for him, he gives himself madly to scene, the public is not mistaken there ”, summarizes for AFP Matthieu Ducos, director of Rock en Seine, organized from Thursday to Sunday at the gates of Paris.

The Australian artist who sprinkled his texts with macabre romanticism was overtaken for the first time by tragedy in 2015 with the accidental death of one of his twins, Arthur (the other, Earl is now an actor). At the age of 15, the teenager fell from a cliff near Brighton (England), where the family resided.

And in the spring of 2022, Nick Cave lost a half-brother to 'Arthur, Jethro Lazenby, aged 31 (cause of death unspecified).

“When the news broke, we wondered how he was going to take it… After losing two sons in such a short time, we could have expected a tour of absolute sadness, but he taken the opposite, the concerts are flamboyant, magnificent”, comments for AFP Kem Lalot, programmer of the Eurockéennes. This festival in Belfort (in the east of France) had programmed the man with strict dark costumes at the end of June, but the day of his performance on stage had to be canceled because of the passage of a mini-tornado on the site .

The philosophy of Nick Cave, who no longer grants interviews, shines through on stage, as when he dedicates a song – “I need you” – to his two remaining sons, Luke and Earl, at the Primavera festival in Barcelona this summer.

Not to mention those who have left, since his repertoire includes titles from the albums “Skeleton Tree” (“L'arbre du skeleton”, 2016) and “Ghosteen” (“Adolescent-ghost”, 2019) imbued with the memory of Arthur.

The path of the singer-songwriter – how to continue to create after a family drama? – is recounted in the documentaries “One more time with feeling” and “This much I know to be true” signed by a close friend, the director Andrew Dominik.

Shown in theaters during episodic screenings-events, these two films reappeared this summer on the Mubi platform. In the first, made in 2016 at the time of the recording of “Skeleton Tree”, we see Nick Cave flinching at home – prostrate in a chair in a tracksuit, he the eternal dandy – before climbing the slope in the studio.

Salvation also came through live communion with the audience. As in October 2017, in the Zenith auditorium in Paris, where disregarding the order service around him, the skinny sexagenarian accompanied by his faithful group, the Bad Seeds, first walked in the pit and the spans before bringing an incredible number of spectators on stage for the encore.

One man counted in the return to the spotlight in the event, Warren Ellis. This multi-instrumentalist, an Australian with a hermit's beard and flashy outfits, a traveling companion from the start, became a lieutenant and sound director for the latest records. “He's the indispensable sidekick, describes Kem Lalot.

Nick is the crooner, master of ceremonies in contact with the public, Warren is the conductor”. Matthieu Ducos saw them at the Salle Pleyel in Paris last November and remembers a “transporting complicity”.